With the Samsung GALAXY S 4 the company has focused on four key areas that they’ve found are most important for everyday life fulfillment, the first being Enjoyment. Creating and nurturing relationships is the second, Everyday Convenience is the third, and the fourth and final pillar is Health and Wellness. With this release, Samsung isn’t just creating a smartphone that you’ll integrate into your life, they’re creating a conduit through which you’ll be living your life in a more pleasant, healthy, and convenient way.

In the release of the Samsung GALAXY S 4 you’ll have noticed the look and feel of the device to be largely similar to what we’ve experienced before with the Samsung Galaxy S III and the Note series after the Note II. This is done to keep you in the Samsung natural-feeling aesthetic, one that’s proven itself to be monumentally successful over the past year in many products. 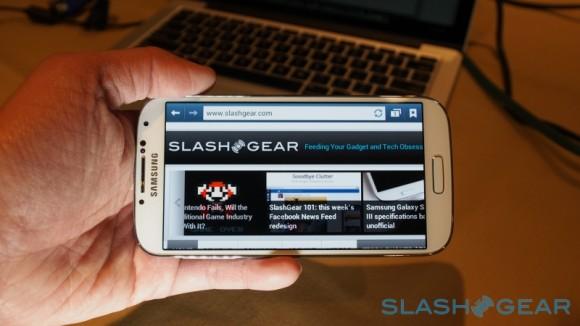 This device works with a 5-inch display and has had its bezel minimized – it’s smaller than it’s been on any Samsung device before. This minimized battery creates a feeling that you’re using one massive display rather than a display embedded in a smartphone. Covering the display you’ll find the most advanced reinforced protection with Corning’s Gorilla Glass 3. 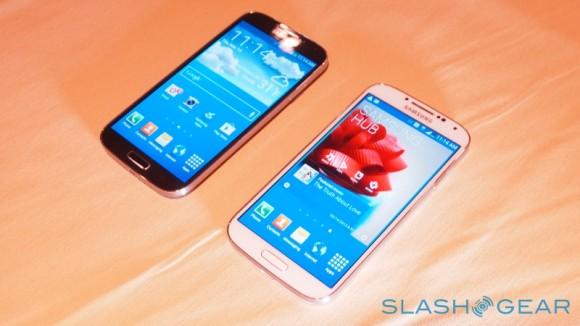 This viewing experience is enhanced to the max with Full HD Super AMOLED display technology. You’ll be working with 1080 x 1920 pixel resolution, that’s 441 PPI across the 5-inch display and by far the sharpest smart device display offered by Samsung thus far. This is also one of the sharpest displays on a smartphone in the industry today, right up next to the HTC One (468 PPI) and the DROID DNA (440 PPI). 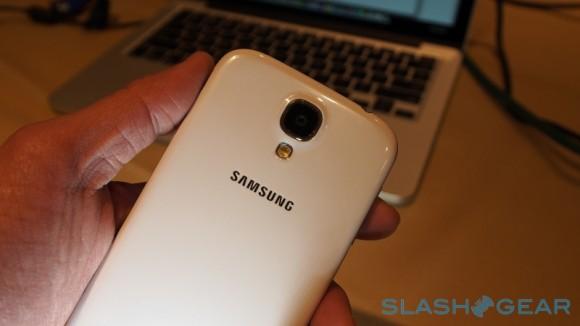 As for photography and videography equipment, you’ll be starting with a 13 megapixel rear-facing camera and a 2 megapixel front-facing camera. These cameras work with a set of new software outlined in the timeline below, specifically in the “Enjoyment” section – a must-see! 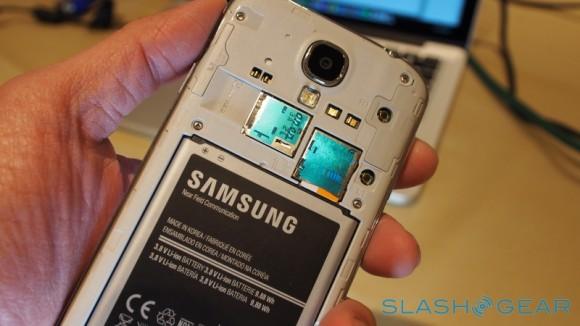 Inside you’ll find that the battery is more powerful than before (2600 mAh, mind you) while the overall device is thinner than the Galaxy S III. The GALAXY S4 weighs in at 130g and is slim as ever with just 7.9mm to its name. 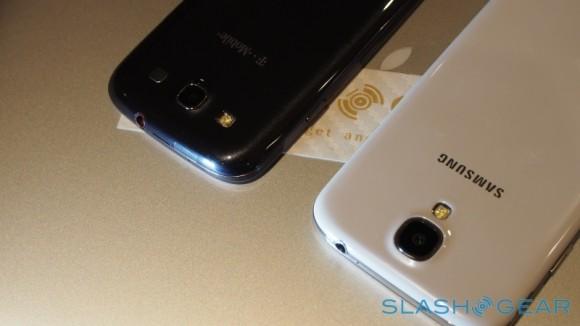 The GALAXY S4 is lighter than its predecessor and it’s more powerful “in all ways” as Samsung notes. This device works with a Qualcomm quad-core processor clocked at 1.6GHz as well as a Samsung Exynos 1.6Ghz “Octa” processor depending on where you get the device – you’ll know final location and hardware when release information is final in your area of the planet.

You’ll also be backed up by 2GB RAM per the standard fare in essentially every top-tier smartphone on the market today. The GALAXY S4 will be released in three different internal storage capacities, 16, 32, and 64GB, each of these coming with a microSD card slot for 64GB memory expansion. Depending on the carrier you’re working with, one, two, or all three versions will be available to you starting in early April, 2013. 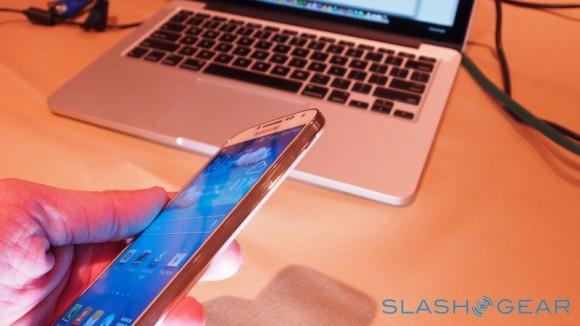 Android 4.2.2 Jelly Bean will be coming with the device right out of the box with the company’s newest version of TouchWiz integrated for a fully Samsung-friendly experience. For more information on the software side of this device, you’ll want to check out the four pillars of excellence mentioned in the first paragraph of this post. Each of these four pillars can be found in the timeline below – check it out!