Skype trojan turns your computer into a Bitcoin miner

There is a Skype trojan going around that is turning PCs into Bitcoin miners. So far, victims are mostly located in countries like Italy, Russia, Poland, Costa Rica, Spain, Germany, and a few others. Bitcoin Mining is a another way for users to acquire Bitcoin’s currency by “making computer hardware do mathematical calculations for the Bitcoin network to confirm transactions and increase security.”

The trojan is going around via a Skype instant message. The translated message says, “This is my favorite picture of you”, and provides a shortened link. The trojan is spreading quickly, with an average 2000 clicks per hour. Kaspersky has identified the trojan as “Trojan.Win32.Jorik.IRCbot.xkt”, and the process it runs as bitcoin-miner.exe. The malware connects to a C2 server located in Germany with the IP address: 213.165.68.138:9000. 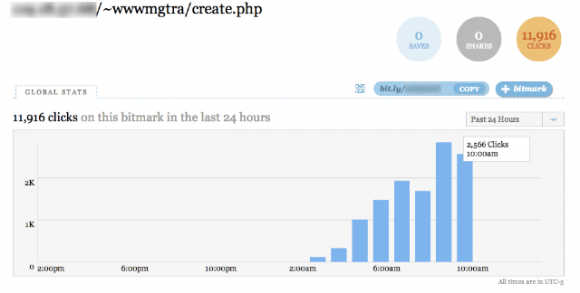 The malware immediately takes control of your computer and increases the victim’s CPU usage drastically. While the trojan’s primary use is for Bitcoin mining, it’s not its only capability. Bitcoin mining isn’t lucrative with just one PC, however, if there are many PCs infected and aimed towards a specific Bitcoin mining pool, it can be worthwhile.

This new trojan is speculated to have surfaced due to the meteoric rise in Bitcoin value. Late last month, it was reported that the value of a Bitcoin was $92, a number that has now reached about $140. The constant rise in value of Bitcoin is more than enough to drive many devious hackers to get creative. So in order to protect yourself from being infected, make sure to get an anti-virus software, and keep it up-to-date. Also be wary of suspicious Skype messages and shortened URLs. We’ll keep you updated if there are any resolutions to this issue.