A 55,000-year-old skull has been discovered in a cave in western Galilee, one that’s going by the name “Manot.” According to a study published this week in Nature, this is the oldest representation of human life in a place and time in which Neanderthals are known to have lived. This skull shows features found in both European Neaderthals and humans around the time the being it belonged to died. Anatomically Modern Humans and Neantherthal traits are both present, and the team that’ve published the study we’re seeing today seem to think they’ve found something rather extraordinary.

“The close proximity, both in terms of dates and geographical location,” says the study, “of Manot 1 and the Levantine Neanderthals (for example, Kebara, Amud) means that the Manot 1 specimen could potentially represent a hybrid between AMHs and Neanderthals.” The study is cautious, of course, since they’re working with cranial morphology alone.

This study suggests that the skull we’re seeing here is the very first – the oldest – fossil evidence of African modern humans migrating out of Africa to colonize Eurasia.

It’s also the oldest evidence that the area this skull was found (Levant) was occupied during the late Middle Paleolithic by both Neanderthals and modern humans. 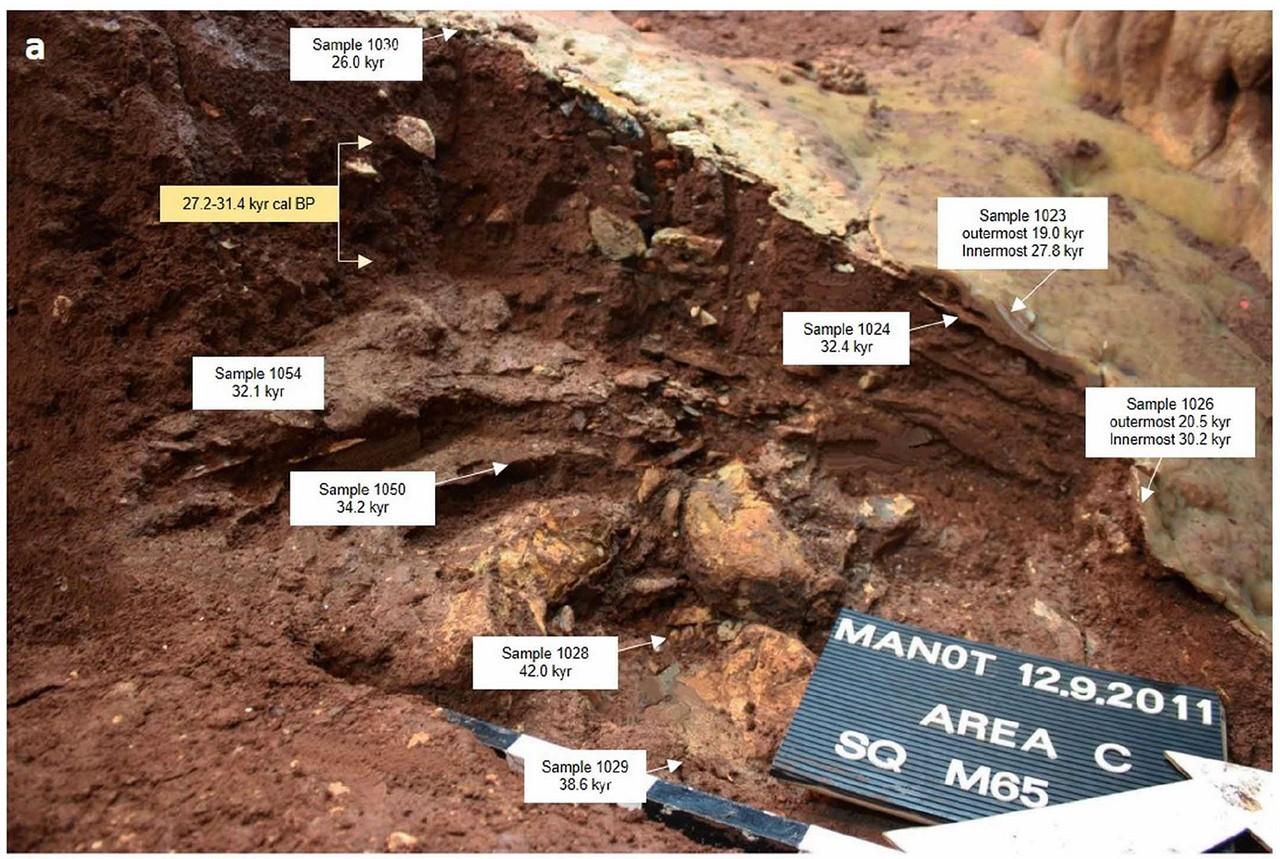 Above you’ll see examples of crust taken from around and inside the skull as it was discovered deep in the dust. Below you’ll see approximate age markets for each of the points listed above.

This skull found in Israel is said by anthropologists to be approximately 55,000 years old. If you’ve been following SlashGear Science, you know that another rather old bone was discovered recently with similar significance.

One way or the other, it’s clear we’ve been mixing genes with our neanderthal brothers and sisters for a long, long time.