Salamander fungus threatens all due to pet trade in USA

Scientists warn of a biodiversity crisis as salamander imports into North America brings a fungal pathogen called “Bsal.” This is short for Batrachochytrium salamandrivorans, also called “B. salamandrivorans”, and it comes from regions in Asia. These scientists suggest that once inserted into wild host populations, there’s no effective means of containment for this pathogen. It’ll kill at alarming rates. This Bsal is about to join the already-active “ongoing sixth mass extinction” of “more than 40% of all amphibians” as the emerging infections disease Chytridiomycosis takes hold.

Chytridiomycosis is caused by the fungal pathogen Batrachochytrium dendrobatidis (Bd). Scientists and authors of a paper by the name of “Averting a North American biodiversity crisis” suggest that Bd is “has been more devastating than any infectious wildlife disease recorded.”

Because of Bd, more than 200 amphibian species are collapsing to or near extinction.

Bsal is another threat of this magnitude, this time specific to salamanders and on the verge of entering North America. This could have a terrible impact. According to Tiffany A. Yap of the Institute of the Environment and Sustainability, University of California, Los Angeles, CA, USA, Bsal could cause “Rapid epizootic (wildlife epidemic) declines and extinctions.”

The good news? It can be stopped.

BELOW: “Microscopy of the skin of a fire salamander that died due to infection with B. salamandrivorans.” via doi: 10.1073/pnas.1307356110 (same source as above) “Batrachochytrium salamandrivorans sp. nov. causes lethal chytridiomycosis in amphibians” 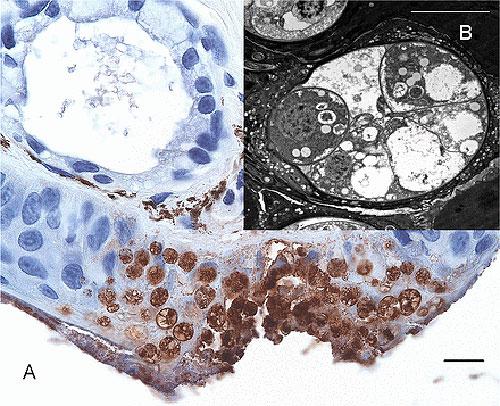 Yap’s crew have had research published this week in the journal Science which outlines the likelihood of Bsal being introduced to to North America via international trade. Because Bsal has not yet effectively been introduced to North America, these scientists show what needs to be done to stop this disaster from happening in the first place.

We just need to stop importing salamanders from other countries for pet stores and private owners. At least for a while. 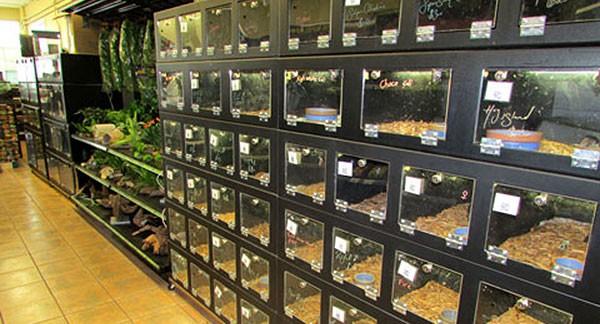 “This presents a unique opportunity,” said Yap, “for wildlife management officials and the international amphibian trade community to prevent the spread of this deadly pathogen and to develop and implement rapid risk assessments and international responses to EIDs in wildlife.”

You can learn more about this research in the paper Averting a North American biodiversity crisis by authors Tiffany A. Yap, Michelle S. Koo, Richard F. Ambrose, David B. Wake, and Vance T. Vredenburg. This paper can be found in the journal Science under code DOI: 10.1126/science.aab1052 starting today.