Puzzle pieces dropped by Niantic, 5G data carriers, and Qualcomm over the past couple of years point to a near-inevitable epic event. Given the products and services we’ve seen confirmed by the various companies involved, it would appear that Niantic is working on making a legendary event a reality. That event includes Pokemon GO gameplay in augmented and/or mixed reality and a potential inclusion of brand new hardware, enabling and surpassing the mythical event shown in one of the very first official videos made for the game Pokemon GO.

Back in December of 2018 – more than two years ago at the point at which this newest article is set to go live – we see Niantic doing some very early work with 5G connectivity. There, with the video “Accelerating Our Augmented Reality Vision With 5G Networks”, we see Niantic co-founder and CTO Phil Keslin speak about the then-current state of the industry.

In November of 2019, Niantic released the following low-key video. They demonstrate their state of advance in occlusion – beyond anything we’ve seen before.

If you look to December of 2019 you’ll find Niantic x Qualcomm AR glasses. This piece of hardware works with the Qualcomm Snapdragon XR2 platform – a real hardware platform – which means it’s not just a plan, it’s not just a collaboration for future brainstorming, it’s a real product. 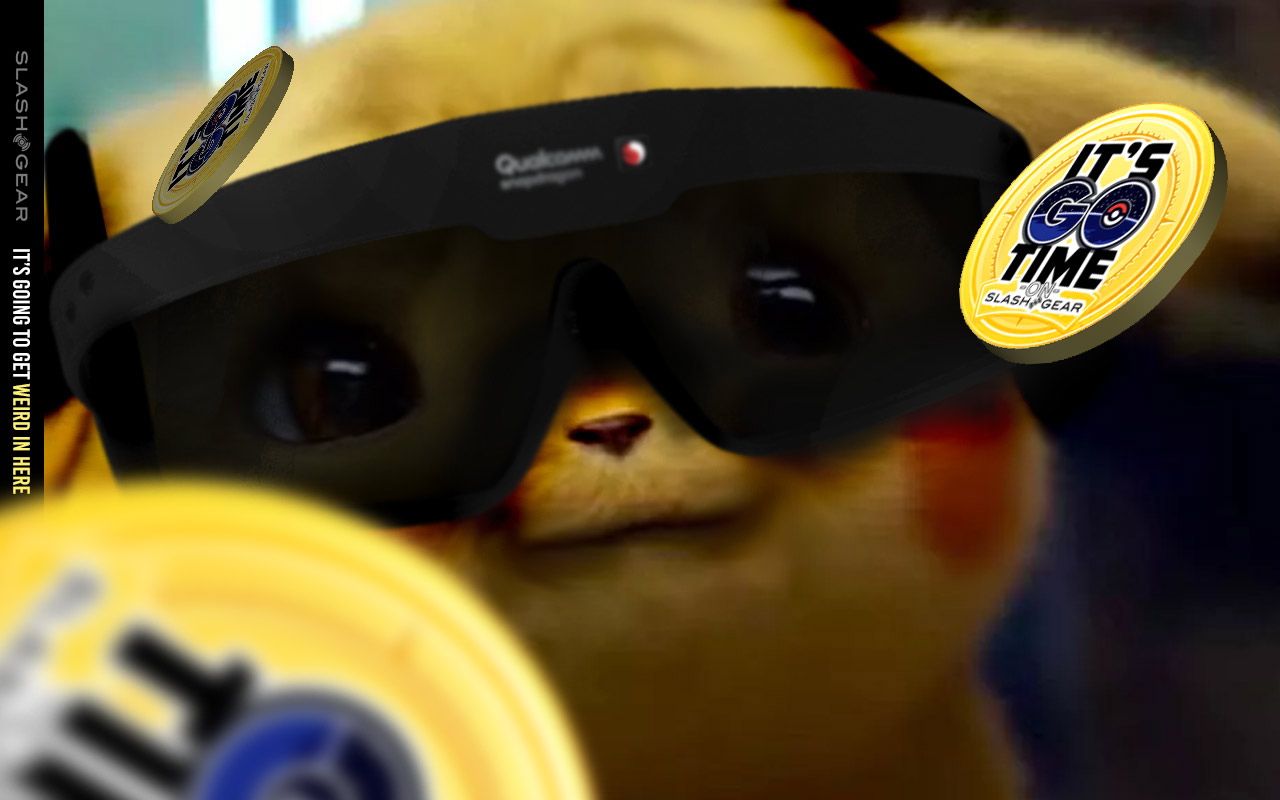 Part of this initiative works with digital object mapping, with Pokemon GO Buddy Adventure. This system will allow more than what’s currently available via buddy interaction in Pokemon GO – beyond simple interactions with Pokemon in AR. With this system, multiple Pokemon trainers will be able to interact with a Pokemon – and related in-game elements – through multiple devices, at the same time.

As 5G ramps up, a massive multiplayer AR event in Pokemon GO isn’t so much a question of IF, as it is a question of WHEN. We’re expecting an announcement or two that add to this quickly-solidifying conglomeration of 5G-embedded clues at CES 2020 – starting this weekend!

Meanwhile, if you look to the 5G integration in Qualcomm’s 2020 presentation and situations like Samsung’s major unit shipments announcement for 5G smartphones already out in the wild, globally, you see how 5G’s coming on quick. We’ll be tossing out Pokeballs via our AR glasses in a New York mega-raid against Mewtwo before you know it!