The company that took on the mantra of “Never Settle” wants to show that the same philosophy applies even to accessories, especially one that can drastically improve or ruin the smartphone experience. That is why the Chinese startup OnePlus has made an unusual partnership with audio experts JBL to reveal two new products. Actually one new and one just slightly redesigned. OnePlus fans can now vie for a new JBL E1+ earphones or, alternatively, go for a special edition OnePlus One that has JBL’s logo as well as the earphones in a bundle.

Partnerships between smartphone makers and audio equipment makers aren’t exactly new. HTC did a made deal with Harman Kardon for an exclusive HTC One M8 edition. However, OnePlus is like a David to HTC’s Goliath. And sales of the OnePlus One, thanks to its rather limited distribution and availability, isn’t exactly earth-shattering. So this new bond between the company and JBL is quite notable and probably speaks of OnePlus’ convincing skills.

That said, there have been speculation before that the JBL partnership would produce some Bluetooth headset but sadly the actual fruits are less impressive. What you get, instead, are wired earbuds. But with JBL behind it, you are at least assured of some quality to the build and experience. The earphones use a 9mm driver with JBL’s PureBass technology. In terms of the design of the accessory itself, you aren’t left wanting. Angled eartube and replaceable eartips ensure maximum comfort and satisfaction, while the tangle-free flat cables ensure maximum peace of mind. The earphones sport a red motif, with OnePlus’ logo imprinted on the inline three-button remote and JBL’s initials engraved on the metallic ends of the earbuds. 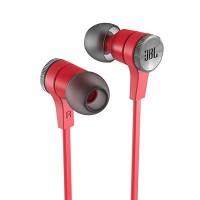 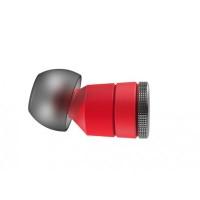 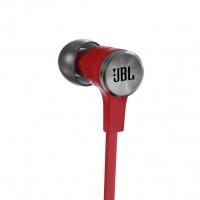 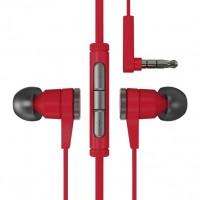 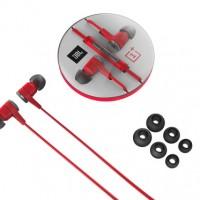 If you happen to not yet have a OnePlus One, then the next product might interest you more. To celebrate the new friendship, OnePlus is also making available a special Sandstone Black edition of the 16 GB OnePlus One. Aside from shipping with the JBL E1+ earphones in the box, this edition has JBL’s spirit both inside and out. Outside, owners will be able to flaunt JBL’s logo clearly emblazoned on the back of the device. Inside, JBL has modified the audio and stereo output to match their standards in quality. There is even a special equalizer app for tweaking the earphone’s settings as well. 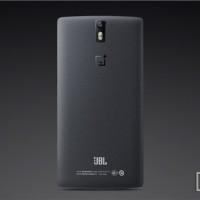 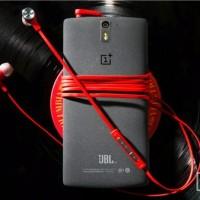 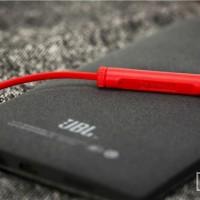 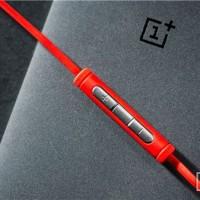 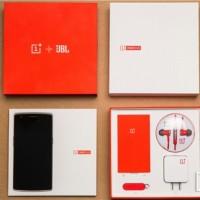 The JBL E1+ earphones cost 399 RMB but the international price is $39.99. The special JBL edition OnePlus One bundle is marked at 2,199 RMB, though no dollar price has been dropped just yet. Both are slated to become available this month, though don’t hold your breath just yet. Since this is OnePlus we’re talking about, availability will be most likely limited, or perhaps even more limited considering special editions are involved.