Nokia is experimenting with graphene-based camera sensors, potentially smaller and cheaper than existing CCD and CMOS systems, that could allow future high-res PureView models to still fit in your pocket. Revealed by a freshly published patent application for “Sensing of Photons,” Nokia’s approach combines multiple layers of photo-sensing graphene that are stacked with color filters, each stack representing a single pixel.

Using three color filters – for red, green, and blue wavelengths – would allow the graphene sensor to build up a normal full-color pixel. It could also be more efficient in low-light than a CMOS approach, as used in current Nokia phones, as a single layer of graphene absorbs just 2.3-percent of passing light. 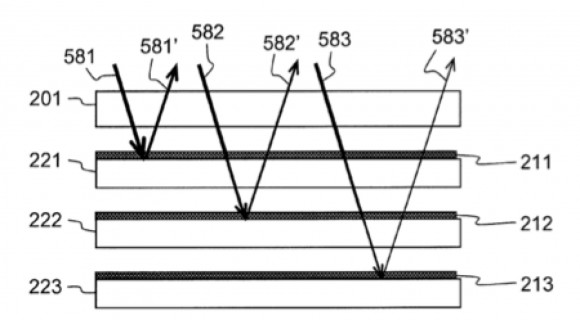 Meanwhile, the graphene-based system could be more sensitive to light than traditional camera sensors, reflecting light back out through the layers and so getting a second opportunity to register it. That could mean roughly twice the light detection efficiency, Nokia suggests.

The upshot, so the patent application insists, is a camera sensor that’s potentially easier and cheaper to manufacture, smaller and thinner than existing versions, and that also works well as a pre-amplifier for more traditional photocells. Stack the graphene sensor on top of one of those, it’s pointed out, and it will grab extra light/color data without blocking the majority of the light passing through. 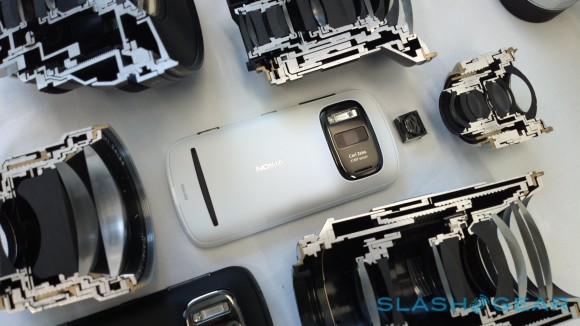 Nokia’s PureView technology, as in the 808 PureView, has so far relied on an oversized sensor paired with high-quality optics and software trickery – most notably oversampling, where data from multiple adjacent pixels is combined to make for a more detailed and accurate end image – to work its magic. However, such oversized sensors aren’t particularly compatible with the compact smartphones in demand today; the new flagship Lumia 920 PureView expected to be announced this week is tipped to have a “mere” 8-megapixel sensor, though Nokia’s photography expert insists that doesn’t preclude it from delivering PureView-style magic.

If Nokia can refine and commercialize graphene sensors, however, that could mean big megapixel counts without big devices. Unfortunately there’s no indication of quite how far down the development process Nokia might be, so we’ll probably have to wait a while to see such devices reach the market.