Wearable computer concepts aren’t new, and we’ve even seen the odd DIY effort, but NEC are hoping to drive the idea into the mainstream market.  The NEC Tele Scouter also attempts to solve one of the fundamental issues wearables suffer: sufficient processing power for real-time functionality while ensuring the end result is light and compact enough to be carried and doesn’t guzzle its way through batteries.

Tele Scouter relies on both a local wearable computing device and a remote server, with primary interaction being done via an eyepiece.  That eyepiece is controlled via eye movements using retinal scanning, and has a front-mounted camera and microphone; all the portable computer is needed for is running the local hardware, with the heavy processing being done remotely on the server.

NEC envisage the head-up display being used to show engineers and on- and off-site technicians user guides and manuals while installing or repairing hardware.  The setup would also allow a single expert to deliver advice to numerous on-site personnel, while recordings of the repairs could be made via the eyepiece’s optics.  NEC expect the system to begin shipping in 2010, though it won’t be cheap: they’re estimating around 750 million yen ($8.16m) for sufficient equipment for thirty members of staff.  Still, in three years time they’re aiming to have sold 1,000 such systems. 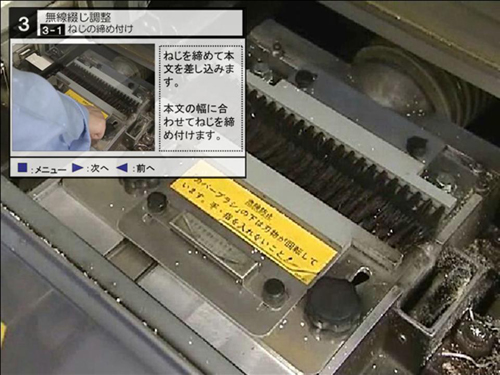