In late September of this year, NASA and the US Geological Survey launched the latest satellite in the Landsat fleet called Landsat 9. The satellite has now collected and shared its first images of Earth. The images were taken on October 31 and show how the mission will help manage resources and understand how climate change is impacting the planet. The Landsat series of satellites have been in operation for nearly five decades.

Landsat 9’s first images have given NASA and USGS critical data about the landscapes and coastlines the planet seen from space. NASA says that it will continue to work with the USGS to strengthen and improve accessibility to Landsat data for decision-makers in the US and around the world. Both organizations hope images gathered by the satellite will help decision-makers understand the climate crisis, manage agricultural practices, preserve natural resources, and respond more effectively to natural disasters.

Among the locations the first satellite images shared by NASA show are Detroit, Michigan, and nearby Lake St. Clair. Images also show cities and beaches along the coastline of Florida, and images also show Navajo County, Arizona. NASA says the data helps to monitor crop health and manage irrigation water. Also seen in the new images is data about the changing landscape in the Himalayas in High Mountain Asia and on the coastline of northern Australia. 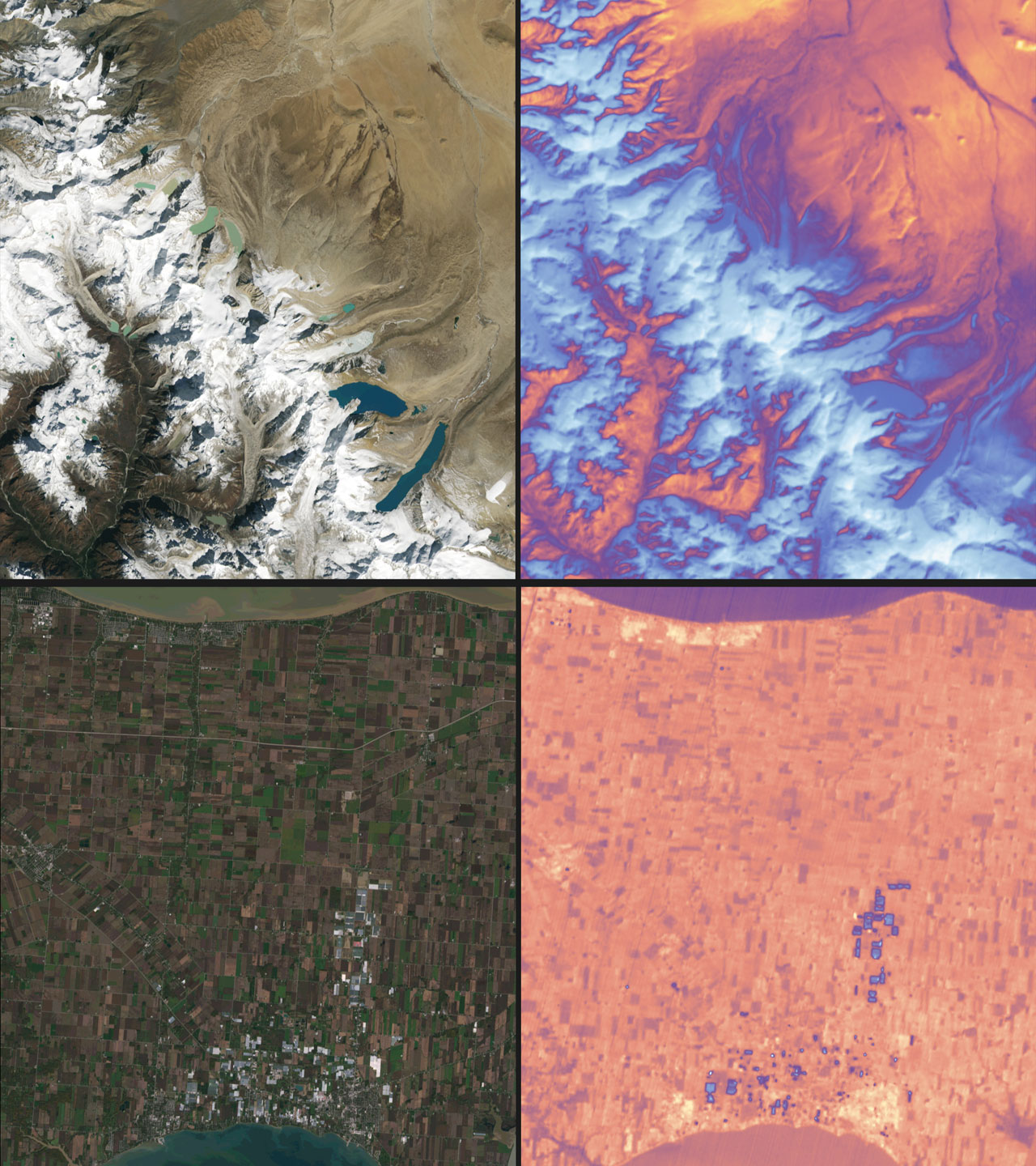 NASA says Landsat 9 is quite similar to Landsat 8, which has been in orbit since 2013 and is still currently in orbit. However, the new satellite has multiple improvements, including the capability to send data with higher radiometric resolution back to Earth for study. With improved radiometric resolution, the satellite can detect more subtle differences in the landscape compared to older satellites, particularly over water or dense forests.

Landsat 9 has the capability of differentiating more than 16,000 shades in a given wavelength color. While Landsat 8 is still in orbit, the satellite that Landsat 9 is replacing is Landsat 7. By comparison, Landsat 7 is only able to detect 256 shades. Landsat 9 project scientist Jeff Masek says that first light for the satellite is a significant milestone, and he notes that the images look fantastic.

The satellite has a pair of instruments aboard to gather images, including the Operational Land Imager 2 used to detect visible, near-infrared, and shortwave infrared light across nine wavelengths. The second instrument is the Thermal Infrared Sensor 2, designed to detect thermal radiation across two wavelengths and is used to measure the surface temperature of the earth and any temperature changes. 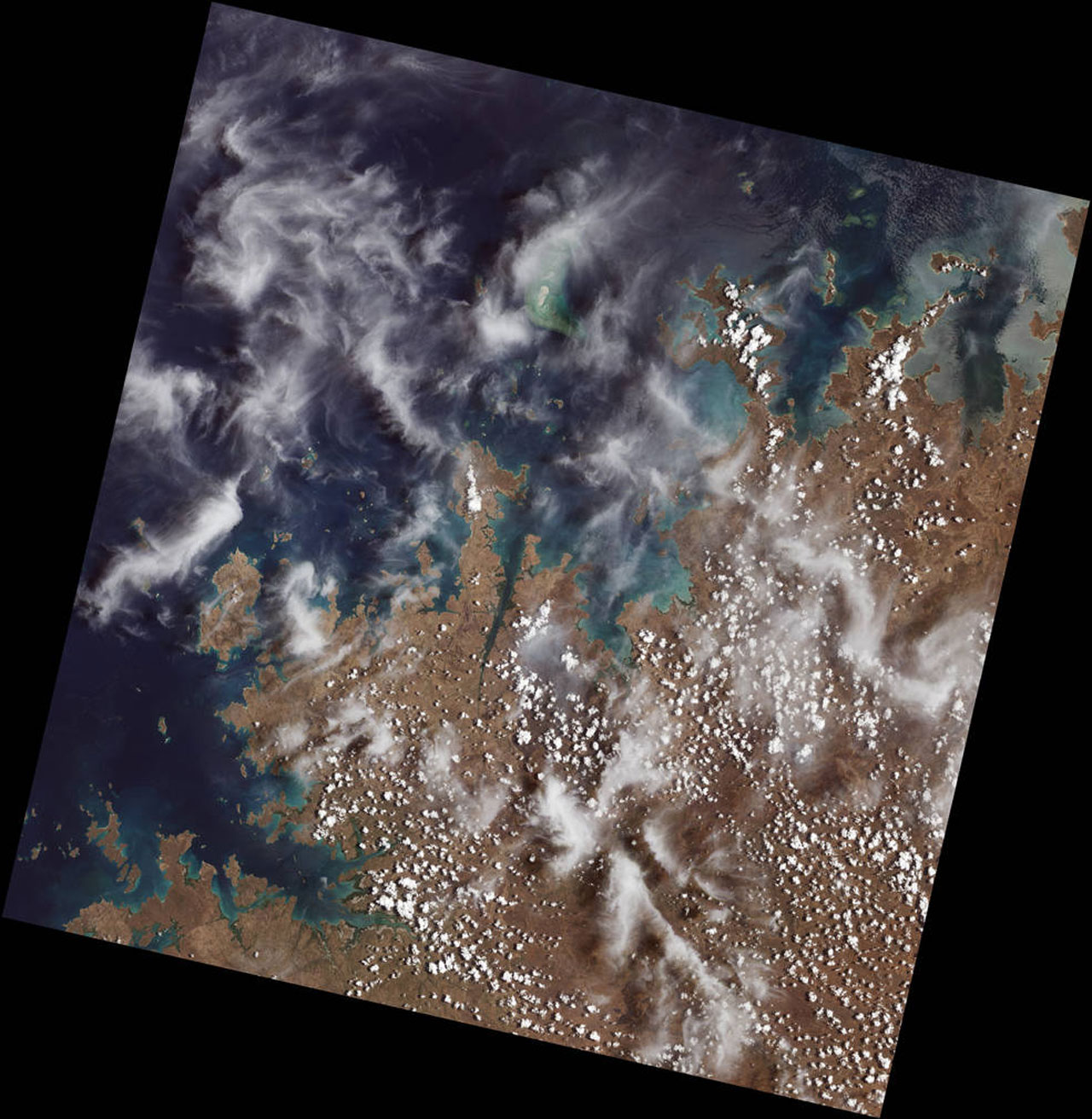 Currently, the team is conducting a 100-day check-out that has them testing satellite systems and subsystems and calibrating instruments. Once the calibration checkout is over, the mission will be turned over to USGS in January. USGS will operate Landsat 9 and Landsat 8 together. The two satellites are expected to collect around 1500 images of the surface of the planet daily and cover the entire globe every eight days.

NASA notes that all data collected by Landsat 9 will be available for free to the public from the USGS website once the satellite begins normal operations. Landsat 9 launched on September 17 at 2:12 PM Eastern time utilizing a United Launch Alliance Atlas V rocket. While the new satellite is the latest in the Landsat series, the very first launched way back in 1972.