Hot Wheels revealed a new model in their NASA-associated lineup this week. This is the Hot Wheels Mars Perseverance Rover die-cast vehicle. This piece of hardware likely has more authentically modeled detail than any other product you can purchase for any price anywhere near a single US dollar. You’ll likely find this vehicle in stores for around $1.09 USD. 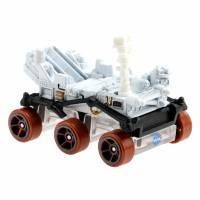 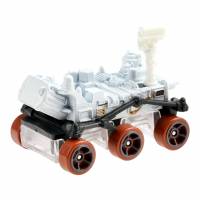 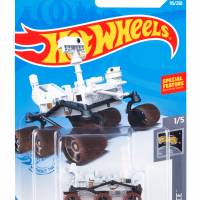 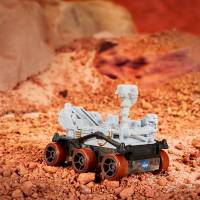 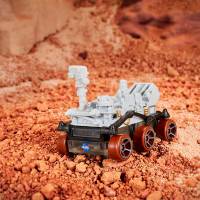 This vehicle “pays homage to the cutting-edge instruments and technologies that will help pave the way for human missions to Mars, studying critical data about Mars’ geology and climate and eventually sending Martian samples back to Earth. The designers of this toy worked with drawings and photos of the actual vehicle courtesy of the NASA Jet Propulsion Laboratory.

Hot Wheels worked with NASA on several similar vehicles and ships over the past several decades, including 5 “Action Packs” from the years 1997-1999 with JPL or NASA themes. Included in that mix were the JPL Sojurner Mars Rover, Apollo Mission, Galileo Mission, John Glenn, and JPL Returns to Mars. Now the Perseverance Rover continues this NASA and space exploration tradition on into the future!

The real-deal Perseverance Rover is expected to land in the Jazero Crater on Mars on February 18, 2021. If you’re looking to find the Hot Wheels model before the big landing on the red planet, you’re in luck. You’ll find this model in stores in the weeks leading up to said landing, starting today. Take a peek at the timeline below for more Hot Wheels action and stay tuned as we get up close and personal!