NASA and GM reveal Robo-Glove for astronauts and engineers

Tech for astronauts and automotive engineers seldom overlaps, but a robotic glove co-developed by General Motors and NASA could change all that. An offshoot of the Robonaut 2 project from last year, the Human Grasp Assist device – known unofficially as the K-glove or Robo-Glove – promises to make manual labor less intensive as well as reduce the risk of repetitive-stress injuries by cutting the amount of force needed to hold and use tools. 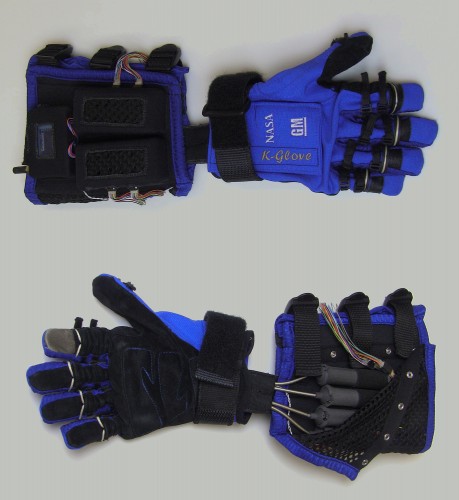 Pressure sensors in the fingertips of the glove track when the wearer is grasping a tool, triggering actuators threaded through the upper section. These augment the user’s own action, with synthetic tendons clamping down until the sensors are released.

The current, second-gen prototype weighs around two pounds taking into account the control electronics and actuators, and have a display for programming and diagnostics. The battery – an off-the-shelf LiIon pack more commonly used for power tools – is mounted on a belt-clip battery with a belt-clip; a third-gen prototype is already in the works, reducing both bulk and weight.

NASA and GM say the tech is on course for worker use “in the near future.”