Giant tablet, or wire-free all-in-one PC? Lenovo’s new YOGA Home 900 straddles things with a foot in each camp, a 27-inch full Windows 10 PC that’s just as comfortable on your desk or kitchen counter as it is being taken outside into the garden courtesy of its three hour battery.

Three hours may not sound like much from a tablet, but this is a 27-inch, Full HD desktop with 10-point multitouch, remember. Up to an Intel Skylake Core i7 processor can be optioned, along with NVIDIA GeForce 940A 2GB graphics.

Ports include three USB 3.0, a headphone/microphone combo, and an HDMI input which means the YOGA Home 900 can be used as a display for games consoles or other sources. 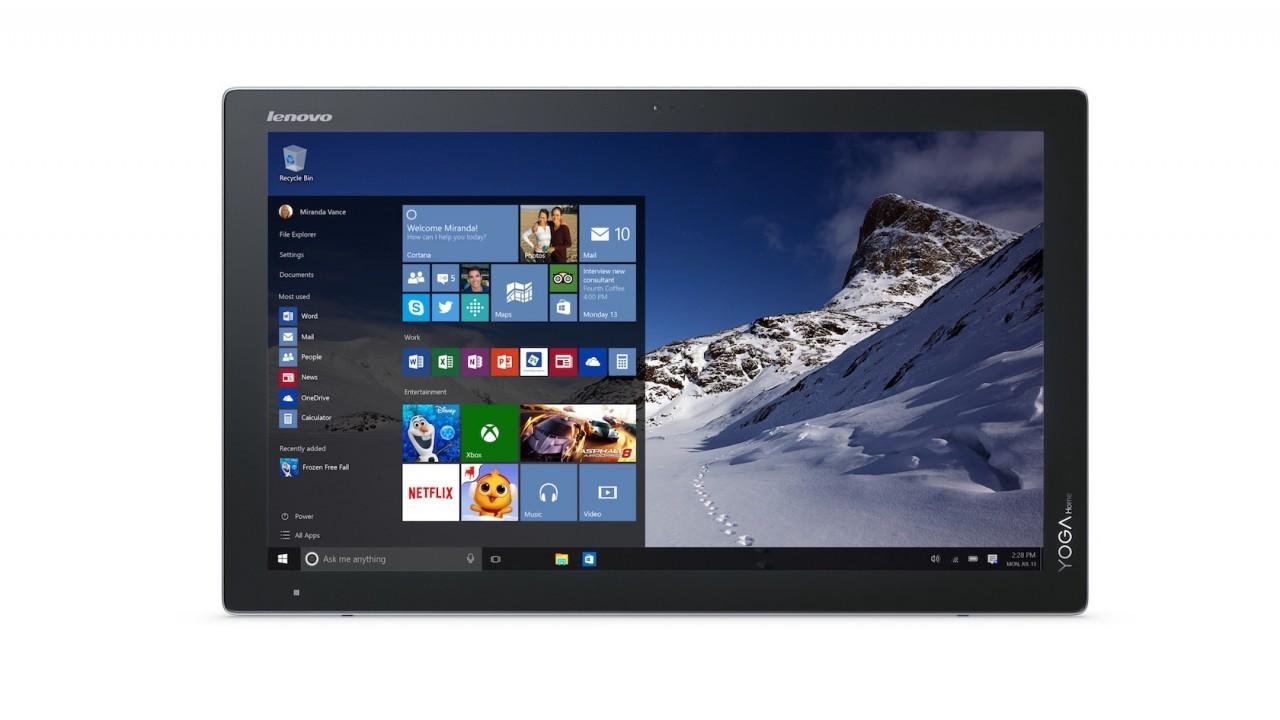 Lenovo loads AURA 3.0 to manage photos, video, and other media, and by laying the tablet flat on a table you can even play virtual air hockye.

Topics All in oneComputingLenovoPCWindows
Must Read Bits & Bytes