Is there a market or even a need for Android PCs?

As of this writing, the Remix Mini Kickstarter stands at almost $600,000. That’s more than 10 times their $50,000 goal. And that’s barely a week since it launched, with 38 days left before the campaign ends. With a little over 9,000 backers, the Kickstarter success seems to be sending a message. Forget Android TV or Android Auto or maybe even Android Wear. An Android PC is the next best thing. Or is it? How has personal computing changed over the past years since Android came on the scene and is an Android PC really a logical evolution of the platform?

This isn’t Jide’s first Kickstarter nor is it its first taste of phenomenal success. Back in March, it launched a Kickstarter simply named “Remix”. To be painfully blunt, it was, a Surface Pro wanna be in terms of hardware design. Still, it managed to raise more than twice its $100,000 funding goal and, beating all odds, actually shipped a product to its backers, building trust and confidence in the public’s eyes.

What made Jide’s Remix successful wasn’t just the device itself, though the lure of a $39 Android tablet that looks like a Surface Pro is hard to resist. What set it apart, however, and what made the attempt unique, is what would later on brand and license as a distinct product called Remix OS. Practically a custom flavor of Android, it tried to offer something that very few ROMs did: a desktop-like Android experience, complete with taskbars and apps in floating windows. Its success at that attempt is proven by the number of believers who have once again put their money where their mouths are. 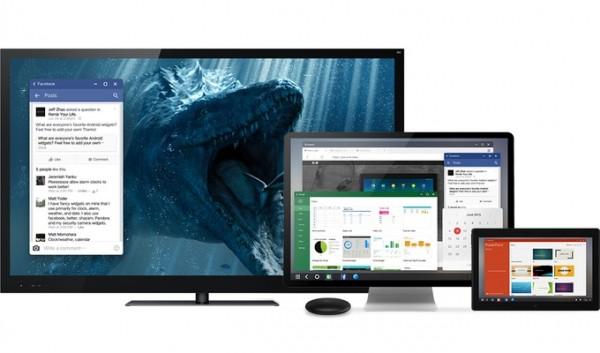 Jide is hardly original or alone on this front. Even while Android lacks official support for the functionality, vendors like Samsung have toyed around with windowed apps, but with limited support and mixed results. A failed Kickstarter suggested running a desktop-like shell on top of a regular Android smartphone, but its implementation was hardly what you’d consider ideal. Remix OS, then, is the first to package all that up into an experience that looks almost convincing. But looks might just not be enough.

Android was originally conceived as a smartphone platform. In fact, it would take 4 years and 3 releases later before Google would officially support tablets in the botched 3.0 Honeycomb release in 2011. Even today, however, Android’s smartphone roots can be seen and felt throughout the platform, from the way apps are alway fullscreeen, to the way multi-tasking is handled to the way the entire OS manages its resources.

But Android itself is now undergoing a period of transition that calls into question that adherence to mobile characteristics. While a car is literally mobile, a TV definitely isn’t, and even less so a light bulb.. And yet these are the new Android devices of today and tomorrow. Android TV will definitely require a different user interface convention. While you do watch content or play games in fullscreen, all that real estate would be put to waste if everything was limited to taking up all the space. In fact, smart TVs these support Picture-in-Picture and Picture-by-Picture modes, which, in a manner of speaking, are just overlapping windows of content.

It seems that Android’s adoption of new types of devices has, in a way, liberated it from the constraints of a smartphone or tablet user experience. Perhaps the time is ripe to push that further into the realm of a desktop-like experience as well. But is it something that will sell these days?

Personal computing, not the hardware but the activity, has changed considerably since the arrival of smartphones. Powerful, portable, and affordable, these pocket computers have practically become the main computing hardware of thousands of Internet-connected users. In fact, some have even successfully used their smartphones, but mostly their tablets, to replace desktops or laptops, both personally and professionally. It is almost ironic that PCs today have somewhat become more special-purpose computers than the general-purpose they once where, now simply justified by special cases like multimedia content creation, gaming, and few other activities.

Smartphones and tablets, on the other hand, can now almost do anything. Word processing, gaming, even video editing. Perhaps 80 to 90 percent of computing needs can be accomplished using a mobile device. The ubiquity of keyboards and extensions and accessories only further show how many users see these devices not just as content consumption portables but productivity machines on the go as well. An Android PC then seems like a perfect fit today.

But what is an Android PC anyway?

Jide’s definition, as exemplified by Remix OS, is quite simple, if not almost crude. It’s Android presented as a regular desktop OS that should be familiar to those who have used or at least seen Windows, versions 95 to 7 at least. That means a panel with a “Start menu”, app quick launchers, and a list of running apps. It also means that apps, even regular Android ones, that can run in windowed mode, although Remix OS also has some custom apps that run fullscreen and mimic the look and feel of Windows 8 apps. Jide’s vision offers the familiarity of a tried and tested paradigm but, at the same time, limits this “Android PC” to a convention that some might even call obsolete by now. In other words, it is trying to shoehorn Android into a Windows convention.

A flexible and fluid future

Strangely enough, that better way might be coming from Microsoft, though it’s hardly original. Canonical has long been toying with this “Convergence” concept way before Microsoft slapped the “Continuum” name on it. In a nutshell, it goes like this. You have a smartphone and that smartphone naturally runs a mobile app, fullscreen and all that it entails. If you connect that phone to an external display and a keyboard and/or a mouse and it displays that app in its full desktop version. Same app, same device, different UIs. A single OS that can transition between both states.

Microsoft’s Continuum for phones doesn’t really mention anything about running those apps like regular windowed desktop apps. They just run fullscreen as well, just with the UI rearrange to take advantage of the extra space. But, depending on the OS’ capabilities, that might just be an arbitrary limitation. Ubuntu is certainly aiming for that seamless transition between display types.

This version of an Android PC would, almost ironically, remove the need for a dedicated “PC” device like the Remix One. The smartphone becomes the PC, so to speak. After all, the Remix Mini is basically a smartphone in a different form, with no display or input of its own and with PC connectors. Of course, some might still prefer to have such a separate device so as not to burden their phones. But the distinction will no longer be based on hardware or device form factor, like smarpthone vs. PC, but on what output and input devices are attached to it.

So is there a market for Android PCs. You’d think that 9,000 backers would prove it, but that number is just a drop in an ocean of computing users, both mobile and traditional desktop. What these numbers show is that thousands of users are now ready to take Android beyond just smartphones, mobiles, or even TVs. They are ready to use their familiar, fullscreen mobile apps on a desktop setting. But while Remix OS liberates Android from the confines of a smartphone layout, it does limit it again to a single convention, that of a traditional desktop.

An Android PC need not be limited to such cases. Google is already taking the platform to devices beyond smarpthone and mobile, a PC is just a few steps away, provided Google finally officially support the required functionality to make it so. An Android PC won’t simply be a PC that happens to be running Android, unlike a Chromebook that is practically a netbook with Chrome OS. It will be a smartphone, a tablet, a tower, a box, or, yes, even a pebble like contraption like the Remix Mini.