iPhone SE appears on AnTuTu with 2 GB of RAM

Well, that was quick. Apple has just announced the iPhone SE and the smartphone won’t be officially launching until next week. However, someone in China apparently already had the smartphone long enough to pass it through AnTuTu’s usual battery of diagnostics. Presuming this is the real deal, we are looking at a 4-inch monster that is almost really exactly like the iPhone 6s in specs. Here, that means exactly the same amount of RAM and almost the same 130,000-ish overall score.

Apple has never been one to focus on the geeky aspects of tech specs. Case in point, it never really details the battery size or amount of RAM inside its devices, preferring, instead, to dwell on how long the battery will last each day. Luckily, a few other parties, like iFixit and AnTuTu, are more than willing to spill the beans.

The iPhone SE is veritably the iPhone 6s in the 5s’ size and clothing. Pretty much all the specs, save things like Touch ID, 3D Touch, and resolution, are on par with the most recent, larger iPhone. It is no surprise then, to see AnTuTu confirm that 2 GB of RAM is indeed present inside as well. That definitely puts a lot of punch inside this small device. 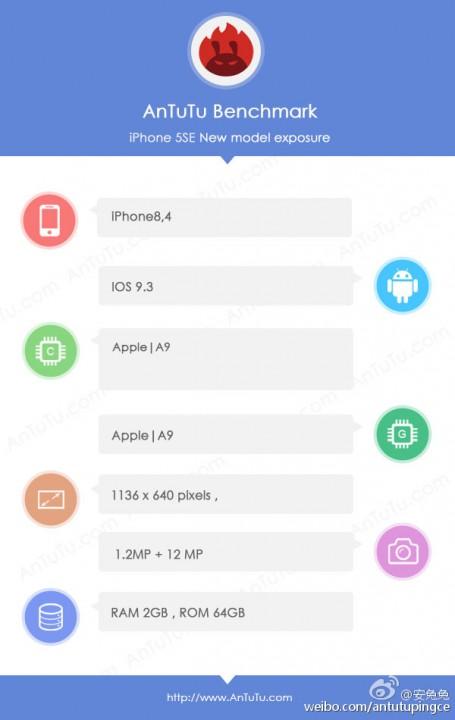 That punch can also be seen in the iPhone SE’s overall score. AnTuTu gives it a mark of 134,358. It is actually slightly above AnTuTu’s score for the iPhone 6s and 6s Plus, averaging at 132,620. Given how the iPhone SE has less pixels to push with its 4-inch retina display, that’s not exactly surprising. The smaller iPhone does outrank the iPhone 6 and 6 Plus’ 80,554. And just to stir up the hornet’s nest, the Samsung Galaxy S7 scores 125,288 or around 105,000, depending on which processor you are testing. 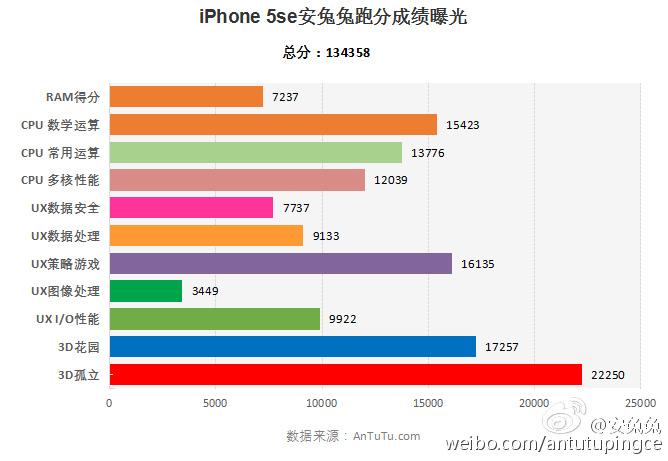 Apple definitely made an expected but still controversial move when it finally unveiled the iPhone SE, giving those who loved the design and size of the iPhone 5s something to hold on to for the future. And if benchmarks like these are any indicator, it will be a bright future for them.