The Huawei Mate 8 (or NXT-L29 as it is also known) asks you to make a fundamental choice about what you are looking for in a phone. Or rather, it makes that decision for you by way of its generous form factor. The Mate 8 certainly puts the ‘phab’ in phablet – it’s fast, features a beautiful display, and offers enough battery power to jumpstart your car – but along the way it also requires its users to accept some very specific compromises to how they use the device on a daily basis. It also charges a significant premium over its primary competitors both Apple and Android, despite not exactly matching its peers on the spec sheet.

The first thing you notice about Huawei’s new flagship phone (which replaces last year’s Ascend Mate 7) is that it’s big. I mean, really huge, So large, in fact, that I could reasonably conceive of the Mate 8 playing a star turn on Law and Order: SVU by stopping a bullet intended for one of the detectives. It’s not just the phone’s six-inch display and 6.19 inch by 3.17 inch overall dimensions that make it an ideal body armor candidate, either: it’s also got the heft and solid construction that comes with its all-metal design. At 6.53 ounces, the Huawei always reminds you that it’s sitting in your pocket.

Why have I chosen to lead with the Mate 8’s form factor in this review? For the simple reason that its size, shape, and weight informs almost every interaction users will have with the phone, both good and bad.

By far the most impressive aspect of the Mate 8 experience is directly linked to its plus-size dimensions. Huawei has managed to stuff a 4,000 mAh battery inside the phone’s chassis, which is a definite step up over the also-made-by-Huawei Nexus 6P (3,450 mAh) and Samsung Galaxy Note 5 (3,000 mAh) that are its closest and most direct competitors. It also trounces the Apple iPhone 6S Plus, which makes do with the weakest power source in the phablet segment (2,750 mAh).

Projecting these numbers into the real world reveals a more startling gap between the Mate 8 and the rest of the pack, with some tests showing up to four days of regular use on a single charge as compared to three days from the Nexus 6P (even though both units run Android Marshmallow 6.0 with its new power-saving Doze feature). The phone also claims the ability to go from zero to 37 percent charged in a mere 30 minutes using a fast charger (which doesn’t come in the box, unfortunately).

The Huawei is fairly frugal with the juice when you’re actually using the phone, too, thanks in part to its efficient Kirin 950 processor. The official company line is two days of regular use before you’ll need to find a wall outlet, or four days of using it as a digital music player, estimates that I have not trouble believing after subjecting the Mate 8 to a strenuous schedule of web browsing, picture-taking, video-uploading, and email during a recent press event where power plugs were few and far between. 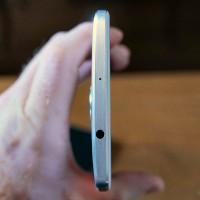 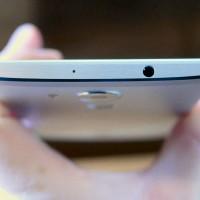 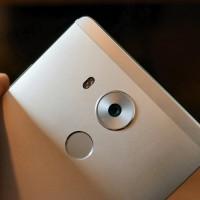 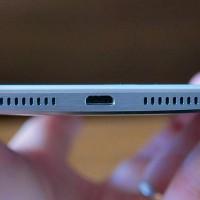 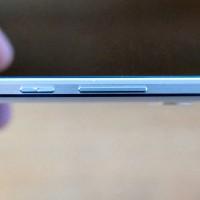 Even after an 18 hour day that included several video segments being filmed using the device I was unable to knock it down below 30 percent. Almost as impressive was coming home and forgetting about the phone for another four days, after which I discovered it had been sitting on my desk, patiently dozing, with almost the same battery percentage showing on the screen as when I had abandoned it. 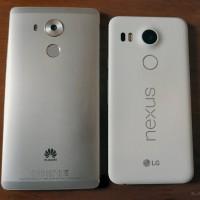 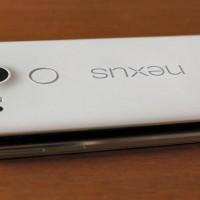 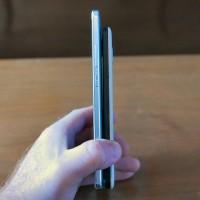 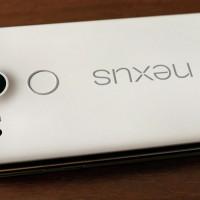 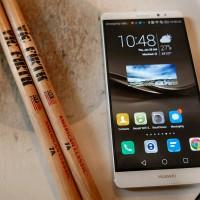 ABOVE: Huawei Mate 8 vs Nexus 5x

Taking full advantage of the Mate 8’s big battery is its equally-massive six-inch screen. Hewn from Gorilla Glass 4, the display features 1080×1920 resolution, giving it a pixel density of 368 ppi. It’s here that the cracks in the phablet’s high end façade begin to show.

Sharp eyes will have already noticed that the Huawei has come up quite short when compared to the 2560×1440 resolution offered by both the Nexus 6P and Galaxy Note 5 with their smaller 5.7-inch screens, each of which blow past 500 ppi to offer crisper images. 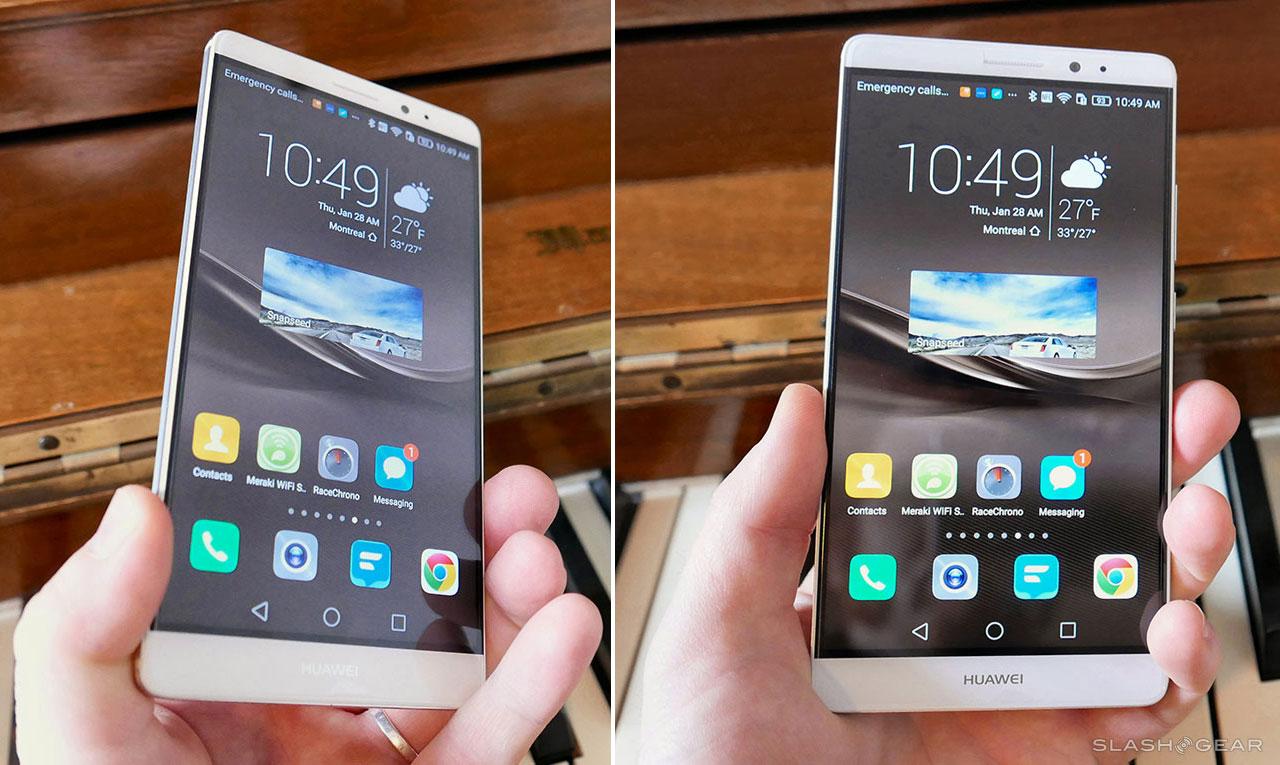 Yes, the Mate 8’s display is bright and easy to read, and certainly doesn’t strain the eyes, but it’s definitely puzzling as to why the manufacturer didn’t give its big screen a resolution to match its on-screen real estate.

It’s really too bad that Huawei didn’t dress the phone’s screen to impress, because it would have made viewing the results of its excellent 16MP f/2.0 camera (with an 8MP front-facing cam) that much more pleasurable.

If you can deal with the phone continually trying to impose image-smoothing ‘beauty mode’ on your subjects (you can hunt through the camera menus to mostly shut off this particular shooting function), then you’ll likely be ecstatic with the quality of the photos taken by the device.

This is true even when dealing with less-than-perfect lighting conditions, and of course there are a number of different camera functions available to fiddle with the autofocus, watermarking, panoramic shots, etc.

Video is equally formidable from the Mate 8, despite the fact the notable absence of 4K capability. I was very pleased with how stable and crisp my videos were when using the phone, even when using it inside a moving car, and audio quality was enhanced by the multiple microphones offered by the device. Playback benefits from the huge screen as well as loud speakers that will undoubtedly annoy everyone around you should you crank up the volume.

Unfortunately, there’s a definite drawback to shooting video and stills with Huawei’s latest phablet, and it’s here that we start to get into the downside of its gargantuan size.

While I will admit that I don’t have the largest fingers in the world, I had a lot of difficulty snapping pics with the Mate 8 and avoiding motion blur unless I was able to brace the camera with both hands. 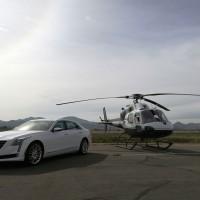 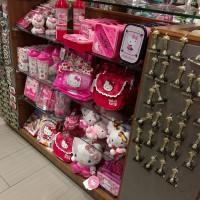 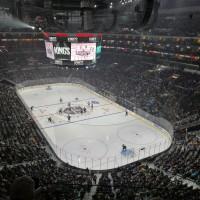 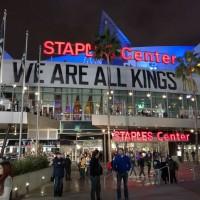 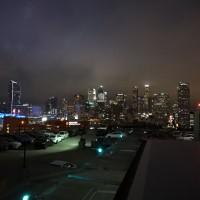 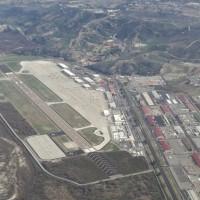 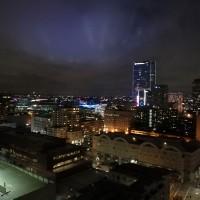 Otherwise the weight of the phone made it impossible to point it without trembling ever so slightly, which was of course visible in the image I was trying to take. Forget whipping out the Mate 8 to snag that previous moment in time: unless you’ve got an iron grip and monster hands, you’ll have to plan your shots.

The Mate 8 wasn’t just too big for casual photography – it’s size also made it a bear to interact with under almost all circumstances. Typing with a single hand was impossible for me, which again forced me to stop whatever I was doing in order to respond to a text or compose an email. 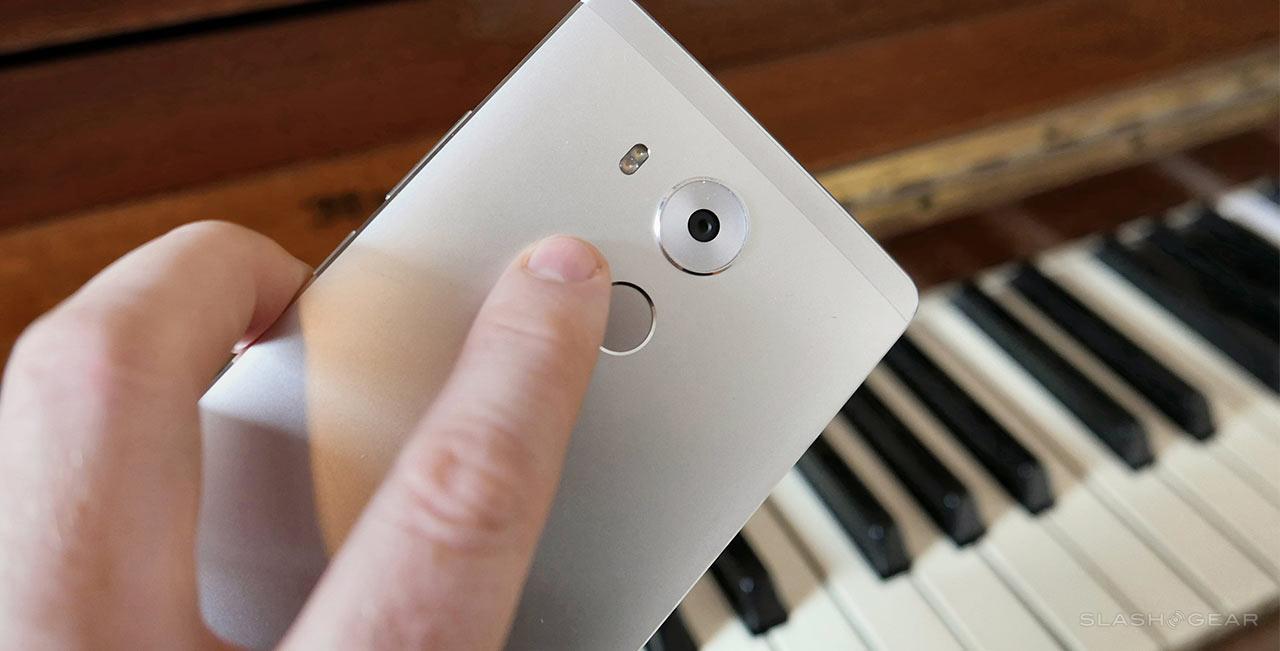 The fingerprint reader at the very top of the device was also a bit of a stretch for me, but then again, so was getting it out of my pocket. I lived in perpetual fear that my clumsiness would see the Huawei shatter on the floor in the simple act of responding to a phone call.

If your hands are up to the challenge, however, you’ll likely be pleased with the speed of the Mate 8 in loading apps, playing games, and processing video thanks to the four-core, 2.3 GHz Kirin 950 processor and between 3 GB and 4 GB of RAM (depending on model). 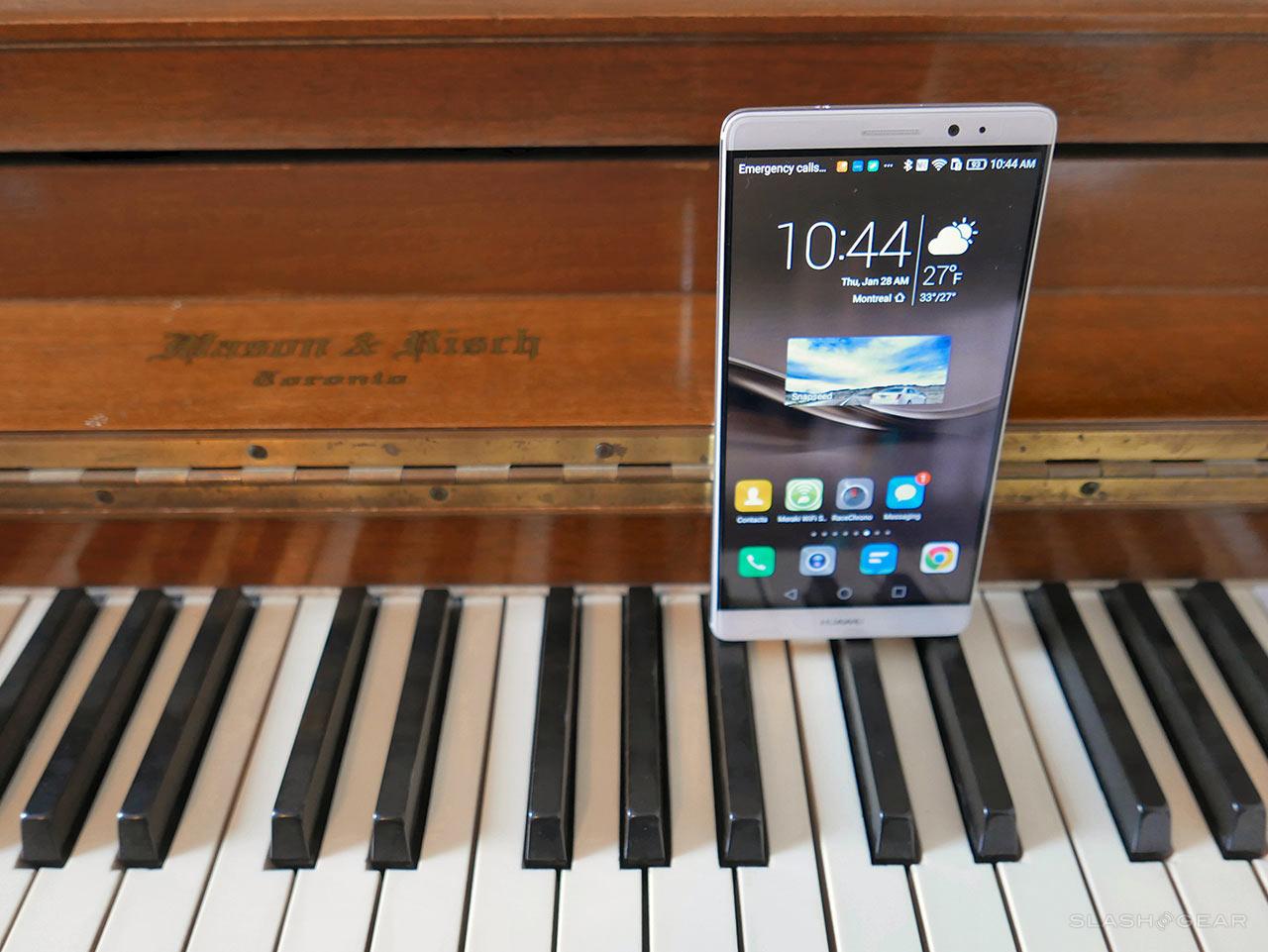 As this is a GSM international phone not intended to be sold in North America, mobile data speed isn’t advertised as 4G LTE, but I experienced no tangible difference uploading at a displayed 4G versus LTE while traveling with the device. Buyers can choose between 32 GB, 64 GB, and 128GB editions of the phone, which also offers a dual-SIM slot that can be used to accommodate a microSD card.

Keep in mind that no matter what you end up doing with the Mate 8 you’ll be looking at Huawei’s Emotion UI 4.0 (Emui for short) interface laid over Android Marshmallow, which for me meant trying to parse the seemingly random order in which the Mate 8 had sorted my imported apps onto a number of different screens, a la iOS, as well as digging through individual settings menus that seemed a little too convoluted for my tastes. 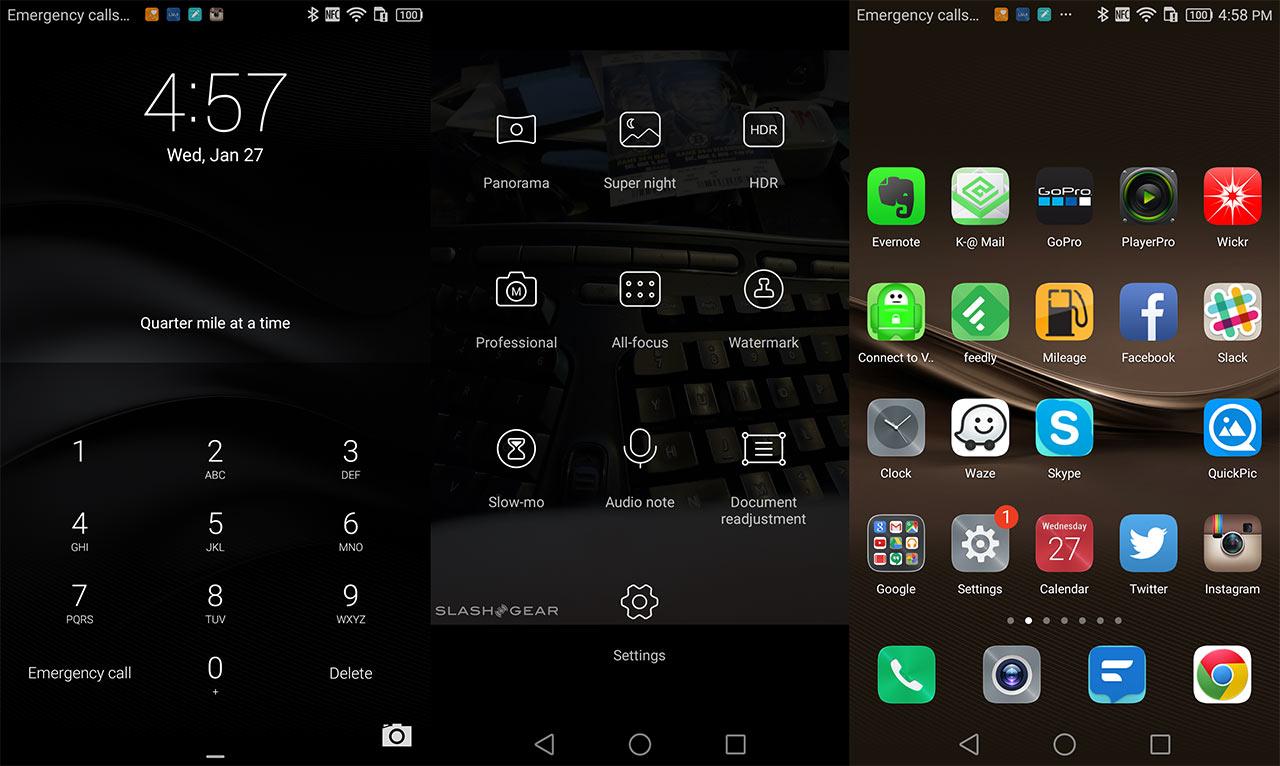 Pure Android fans will also lament the lack of an app drawer, or a clean implementation of Material Design. Another lasting annoyance associated with Emui were its constant notifications concerning the amount of power being used by background apps and services.

It was nice to know that the phone was worried about battery-drain, but irritating to have to turn off each apps notification one at a time. I eventually installed Nova Launcher to get around much of Emui’s idiosyncracies, but that’s mostly a matter of individual taste.

The bottom line? I’ve avoided more than a passing mention of the Mate 8’s price until now, but I can’t ignore it any longer. Depending on your retailer, you’re looking at a shocking $700-$900 to have the Huawei shipped to your door. Consider every downside I’ve discussed concerning the phablet’s size and UI, and then throw in the fact that the device is priced significantly higher than its Nexus, Samsung, and Apple rivals.

Even discounting the sticker shock, the Huawei Mate 8’s big bones disqualify it as a daily go-to device for me. It’s simply too much of a hassle to cart around in my pocket, and too clunky to hold with both hands while trying to get anything done.

The Emui Android skin doesn’t do it any workflow favors, either. However, as a secondary mobile tool for photography, video editing, and general multimedia use, the Mate 8 is outstanding thanks to its excellent cameras, huge screen, and unkillable battery life. A phablet like Huawei’s flagship might not fit into my lifestyle – or my budget – but if you’ve got the mitts to manipulate it, deep pockets, and the patience to deal with Emui, it may just work for yours.