Huawei’s new flagship is here, the Ascend P6, and the Chinese company has high hopes for the super-slim 6.18mm Android smartphone. The press conference may have been full of hyperbole, but in the hand the Ascend P6 is undeniably appealing: there’s something about waifish smartphones that still tickles the gear-lust parts of the average geek. There have been some compromises along the way to achieve those dimensions, though; read on for our first-impressions.

Thin still makes headlines, which is of course what Huawei is hoping for. Build quality is very high, and the phone feels creak-free in the hand. The edges are crisp, aside from the gently curve on the bottom, though that does mean that you can’t stand the P6 upright. It also feels light, though the volume buttons have been pushed somewhat further down the right side than feels comfortable under the fingertips. 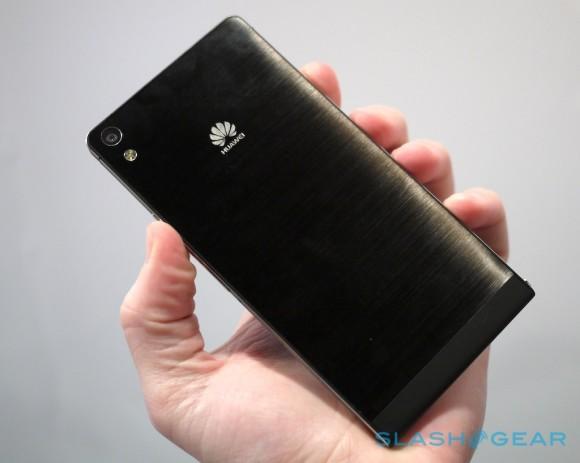 Up-front there’s a bright and responsive touchscreen, and though we’re now used to 1080p resolution from our high-end smartphones, the 720p Huawei offers is still a good panel. It shows off the company’s new EmotionUI well, too, though the color palette for all three of the preloaded themes – white, pink, and black to match the anodized aluminum shell colors – and Huawei has opted to remove the Android app launcher, instead flattening the UI down and putting the different pages of icons to the side of the regular homescreen. A side-swipe flicks between them.

Something else Huawei is keen on is the Ascend P6’s camera, including its somewhat bizarre Beauty Shot feature on the 5-megapixel front-facing shooter. That gives you a real-time idea of how the image will be processed, and as you can see in the hastily-snapped sample below, there are some significant changes when you ramp the slider all the way up to 10.

Faces get thinner, skin gets over-smoothed to the point where you look a little like you’ve had ambitious and ill-advised plastic surgery, and everything gets more than a bit plasticky. At midpoint levels it’s less bizarre, but this is definitely a time when we’d advise restraint. Huawei suggested that, at full whack, Beauty Shot could knock ten years off your age, but it appears to do that in the same way that a sulphuric acid facial peel might. 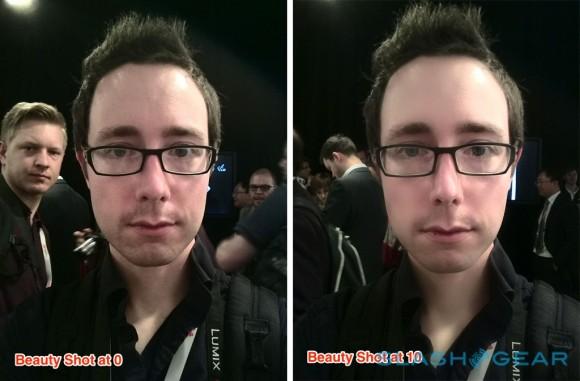 Of course, our initial thoughts from the very first Ascend P6 leaks was quite how similar to the iPhone 5 the design is. In the metal and glass, however, it’s surprising how chunky the Huawei actually makes the Apple handset feel. The iPhone 5 may only be 7.6mm thick, but that adds up to real difference when you look at them side-by-side. Think something along the lines of when you initially compared the iPhone 5 to the older iPhone 4S. 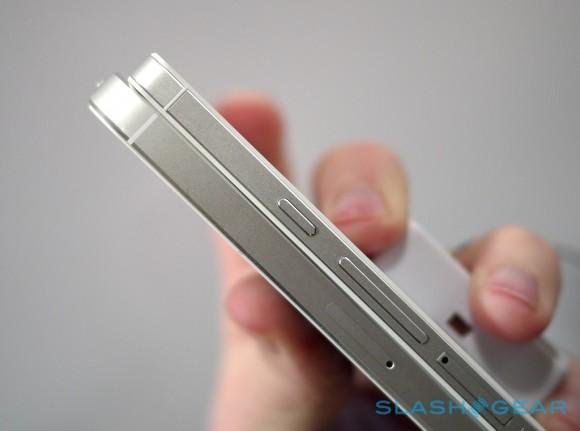 However, we can’t help but wonder whether Huawei – and users – might have been better served by making the Ascend P6 slightly thicker and accommodating a larger battery. The company hasn’t given exact runtime estimates for the non-removable power pack, but given one of the new software features Huawei is most keen to discuss is the power management tool, it obviously realizes there’ll be an ongoing battle between the limitations of the form-factor and the sort of tasks owners will demand of the P6.

We won’t know exactly how well it holds up to a day of solid use until we get our hands on one for some longer term testing, however. For the moment, it’s certainly an admirable step up from what Huawei has offered before, and we can see it being popular if the subsidies work out in the right direction.