At a time when automakers are trying to persuade us that their full-size SUV is actually about as maneuverable as a much smaller model, Infiniti is going in completely the opposite direction. The Infiniti QX80 Monograph is described as a “design study” at the NYIAS 2017 show, previewing the company’s plans for a future full-size SUV. It’s not small, and it does nothing to disguise that fact.

That means an even huger grille than Infiniti’s production models bear, flanked with LED lights made up of individually-controllable “piano key” segments. 24-inch wheels are big enough, but make themselves look even larger by overlapping the tire walls. Infiniti says the result is something that looks 26-inches; just be careful not to curb them.

Meanwhile, hidden door handles and cameras that do the work of side mirrors are the stuff of typical auto show concept glitz. Infiniti, though, claims that aspects of the QX80 Monograph will go on to feature on a production full-size SUV. 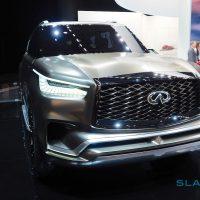 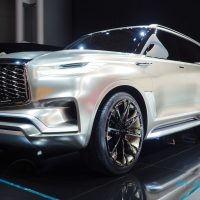 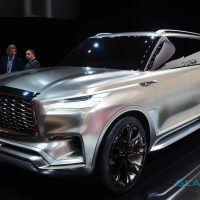 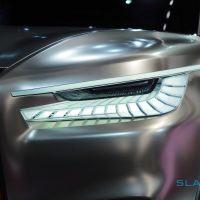 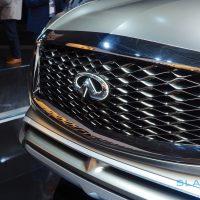 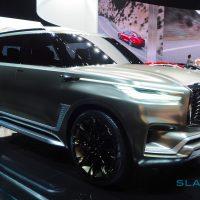 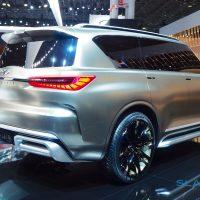 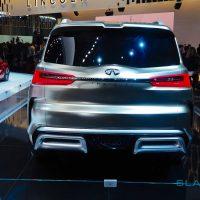 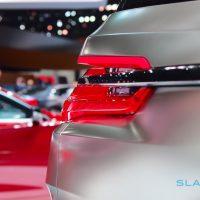 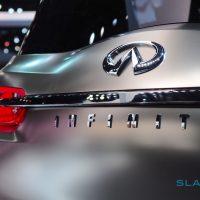 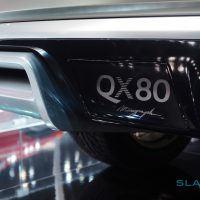 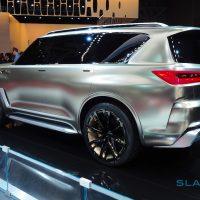 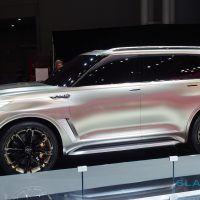 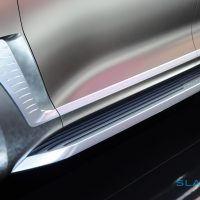 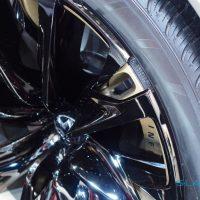 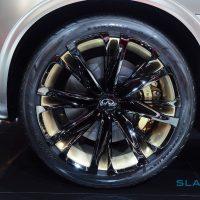 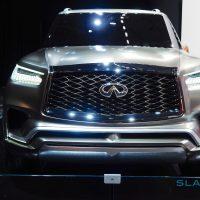 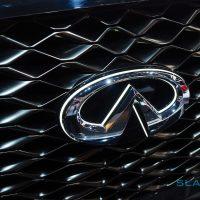