The team at Bubl have created a spherical camera by the name of Bublcam. This device has four cameras on it, each facing a different direction, and uses built-in software to stitch the media it captures together into one cohesive final product. You can find our full review in SlashGear’s Review portal.

First you’re going to see a gallery of photos taken OF the Bublcam and the accessories you get inside the standard box. Notice the lens brush, the USB cord and wall plug (to charge the device up), and the super tiny tripod. The carrying sack is not super protective against drops, but it’s certainly kind to the lenses of the camera as far as dust goes. 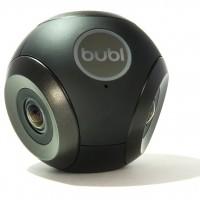 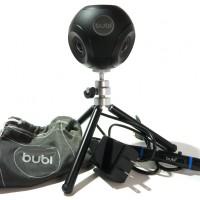 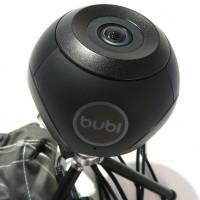 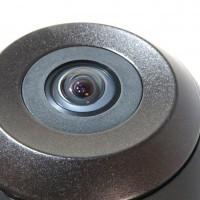 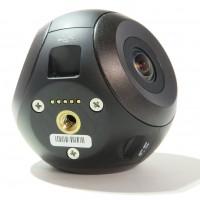 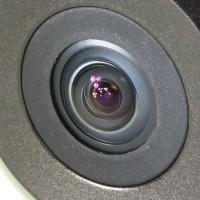 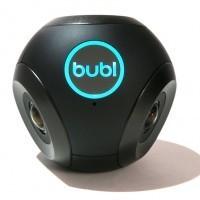 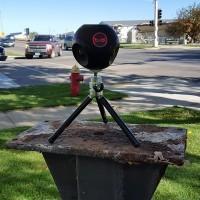 Next you’ll see a variety of embedded media from the camera. First is a video captured in the woods. This video is embedded using Bubl’s social networking “Bubl Cloud” webpage and ecosystem. This system allows you to store your media online either privately or publicly, and – as you can see – allows you to embed your media elsewhere, as well.

Bubl is also totally fine with you exporting your videos and photos for upload elsewhere. They provide a relatively easy path – and instructions – for uploading to Bubl Cloud then side-loading to YouTube. The next video is the same as above, but moved to YouTube’s 360-view system.

You’ll notice that the videos look a bit better on the Bubl cloud – they get a whole lot more noisy when they’re transferred (downloaded and uploaded) to YouTube.

The next video was captured later at night than the first video, this time on the steps of the State Capital in Bismarck, North Dakota.

Below you’ll find an embedded photo. This photo was captured not long after the video above, just around dusk. It’s getting dark outside, as you can see.

The video you see next is in ideal high-light, outdoors, on a corner in Bismarck, ND. It’s around 3PM in the afternoon, so it’s not just blasting sunlight from above – it’s basically perfect conditions. It IS, however, extremely windy, which is why there’s a bit of a howling going on sound-wise.