He is Groot. That walking, talking tree from Guardians of the Galaxy that partners with a gun-totting raccoon and only says his own name. Well, now he’s finally going to star in his own comic book, thanks to Marvel. It’s not clear when the series will hit the shelves, but issue one appears to be in the can, and Marvel says the story will focus on some of Groot’s backstory, as well as finally detail how he and Rocket Raccoon met and teamed up in the first place.

Apparently it was easy for Marvel Comics to green-light Groot’s own ongoing series, as Rocket Raccoon #1, the first issue in that character’s own series, was one of the bestselling comics when it released last July. Not to mention how recognizable Groot became after the popularity of the Guardians of the Galaxy movie. 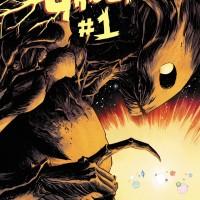 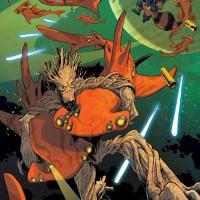 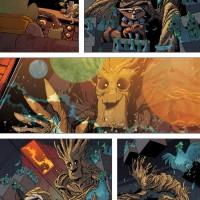 Marvel says comedy TV writer Jeff Loveness will be handling the story, while art will be by Brian Kesinger. The story opens with Groot and Raccoon temporarily, and unexpectedly, separated, leaving Groot on his own for the first time in years. Loveness spoke to Mashable and explained how writing about a character with such a limited vocabulary is both fun and challenging, as Groot relies on a lot of clever physical comedy.

As a way to prepare, the writer said he studied similar characters who rely on expression and physical humor, such as Charlie Chaplin in City Lights, and Totoro in Hayao Miyazaki’s My Neighbor Totoro. As far as themes in the story other than comedy, Loveness hints that he will be drawing from the “human aspect of feeling lonely and isolated from the world around you. If you lose your translator, you’re on your own out there.” He adds that he’s already finished with issue #1, and has already started on #2.

Topics comicsGuardians of the GalaxyMarvelMarvel Comics
Must Read Bits & Bytes