The newest BlackBerry OS build, 10.2.1, could allow the Google Play Store to be installed, letting users download and install Android apps to run on BlackBerry devices–if the four leaked photos shown below are to be believed. PhotoShop is always a suspect, but the images are plausible. As long as they represent a genuine near-future reality, BlackBerry users will soon no longer have to side-load Android apps.

The incredibly fingerprint-smudged BlackBerry Z10’s are shown with various screens of the Google Play Store open on the device, apparently ready for the owner to download apps. The innovation would greatly extend app selection to BlackBerry users who don’t know how to or don’t want to side-load Android apps, a workaround process involving the use of another computer and the Android Runtime. 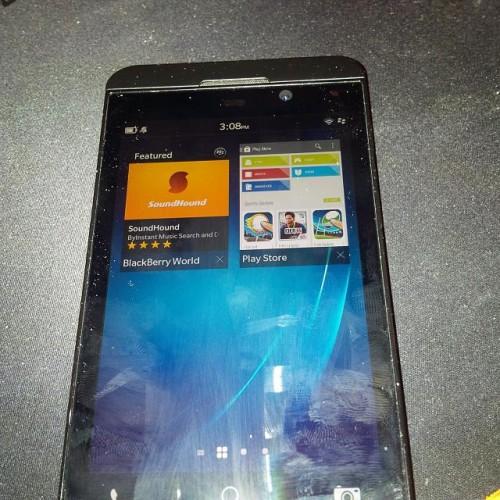 Not all Android apps work on BlackBerry devices, but many do. [Update: Although BB CEO Thorsten Heins confirmed in January that BB10 would be used in the PlayBook–which was the source of this article’s error struck-through above–he rescinded that confirmation in June. Our apologies.] Eagle-eyed PhotoShop sleuths can judge the photos for themselves. Some have cited the lack of pins on the side of the device as evidence the photos are fake, but others shot down that accusation. 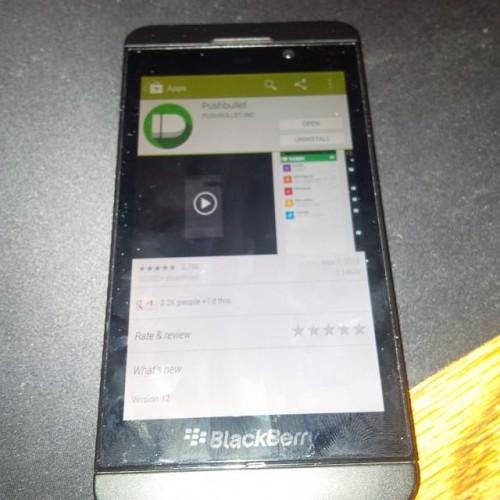 In other BlackBerry 10.2.1 pre-release leak news, the call screen may get a minor makeover and the quick settings will get a user-facing tweak. Instead of swiping up to receive a call, users will swipe from the side. The new quick settings drop-down menu will be customizable, so users can choose which settings appear there. 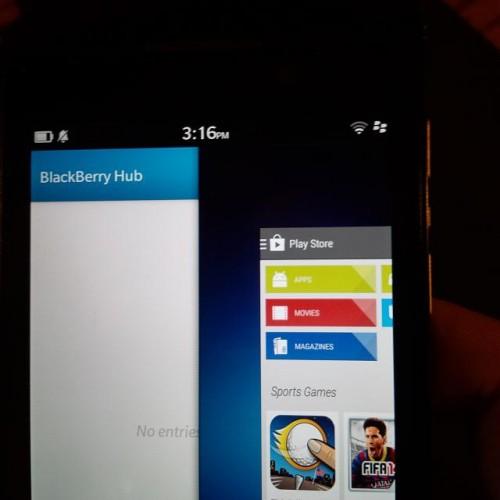