Famicom Pocket puts the Famicom Mini inside a Game Boy

There has never been a lack of hacks and DIY projects surrounding Nintendo’s most beloved classic gaming systems, but Nintendo itself kicked off renewed interest when it launched the Famicom Mini in Japan and the NES Classic to the rest of the world. There have been some interesting work trying to replicate those mini consoles using a Raspberry Pi or, more recently, hacking into the box to make it support more than the fixed 30 games inside. This latest one to come straight from Japan is, perhaps, the craziest and best one yet, which practically puts a NES inside a GameBoy. Behold, the “Famicom Pocket”!

The inspiration for this Famicom Pocket was interesting enough. One of the members of the group called Kei Studio bemoaned how the controllers were too small to be comfortably used by an adult. Later, however, they realized how the whole thing, including the controls, was almost the size of the original GameBoy. And thus the seed for the crazy project was born.

The Famicom Pocket basically takes the guts of the Famicom Mini and crams them inside a 3D printed Game Boy case. Good thing that’s easy enough to do, as the mini console is practically a customized Linux board, which makes it tempting to hack and mod. Kei Studio generously provides a rather long video explaining the process they employed to get things working. The text is in Japanese but they fortunately provide English subtitles as well. 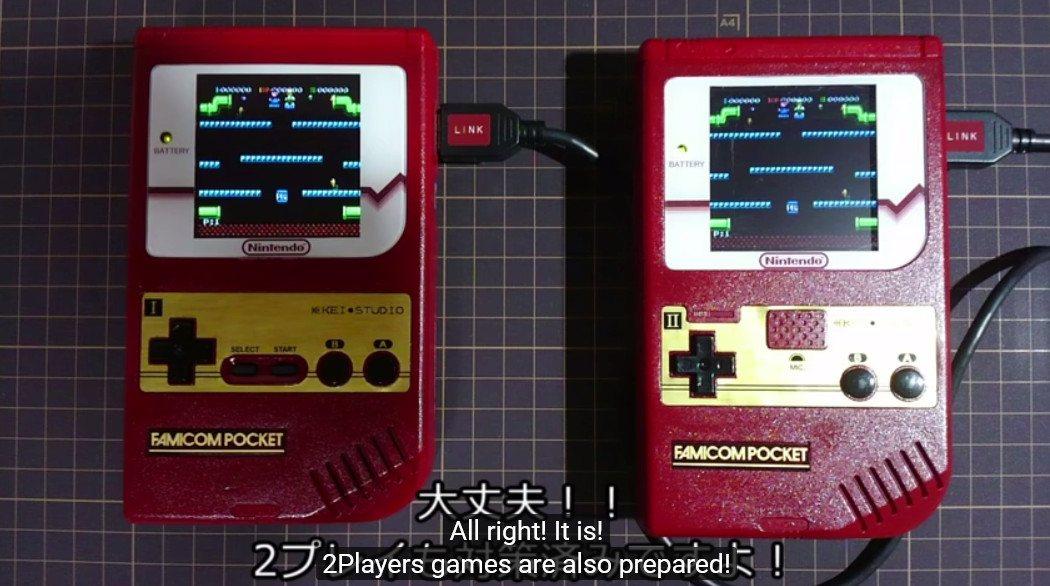