The differences are slight – or they might seem slight to the untrained eye – but the Galaxy S6 Edge’s cost to Samsung is higher than the average phone. In fact, according to a study being published by IHS today, the Samsung Galaxy S6 Edge’s estimated cost to build is higher than an equivalent* iPhone 6 or 6 Plus, but costs less for a consumer to buy outright on the market today. *Equivalent, that is to say, if you consider what they present to be the same.

According to today’s IHS report as presented by Re/code, the iPhone 6 costs less to manufacture than the Galaxy S6 Edge, yet more to the consumer in the end. This is false.

According to the report, the Samsung Galaxy S6 Edge (Verizon version) with 64GB internal storage) will cost Samsung approximately $290.45 to build. IHS does a breakdown of known components in the device and estimates costs.

All costs are estimated based on known components, all by IHS.

Earlier today Re/code and an IHS representative suggested that the Galaxy S6 Edge “costs less than an iPhone to buy, but costs Samsung more to build.”

Several slight corrections change this whole setup around in the other direction. Not that it makes a massive amount of difference to the end consumer – who rarely looks at costs to manufacture – but still.

At the time of the report, IHS analyst Andrew Rassweiler suggested that Apple was paying around 42-cents per gigabyte on flash memory. If you add 42-cents-per-GB of memory to these devices to ramp them up to a 64GB machines, you get $20.16 in added material cost.

Add that to the 16GB edition cost and you’ll have the following:

The pricing scale adds up when you look above – yes, indeed, the Galaxy S6 Edge appears to be cheaper than the iPhone 6 and iPhone 6 Plus. But there’s a problem. 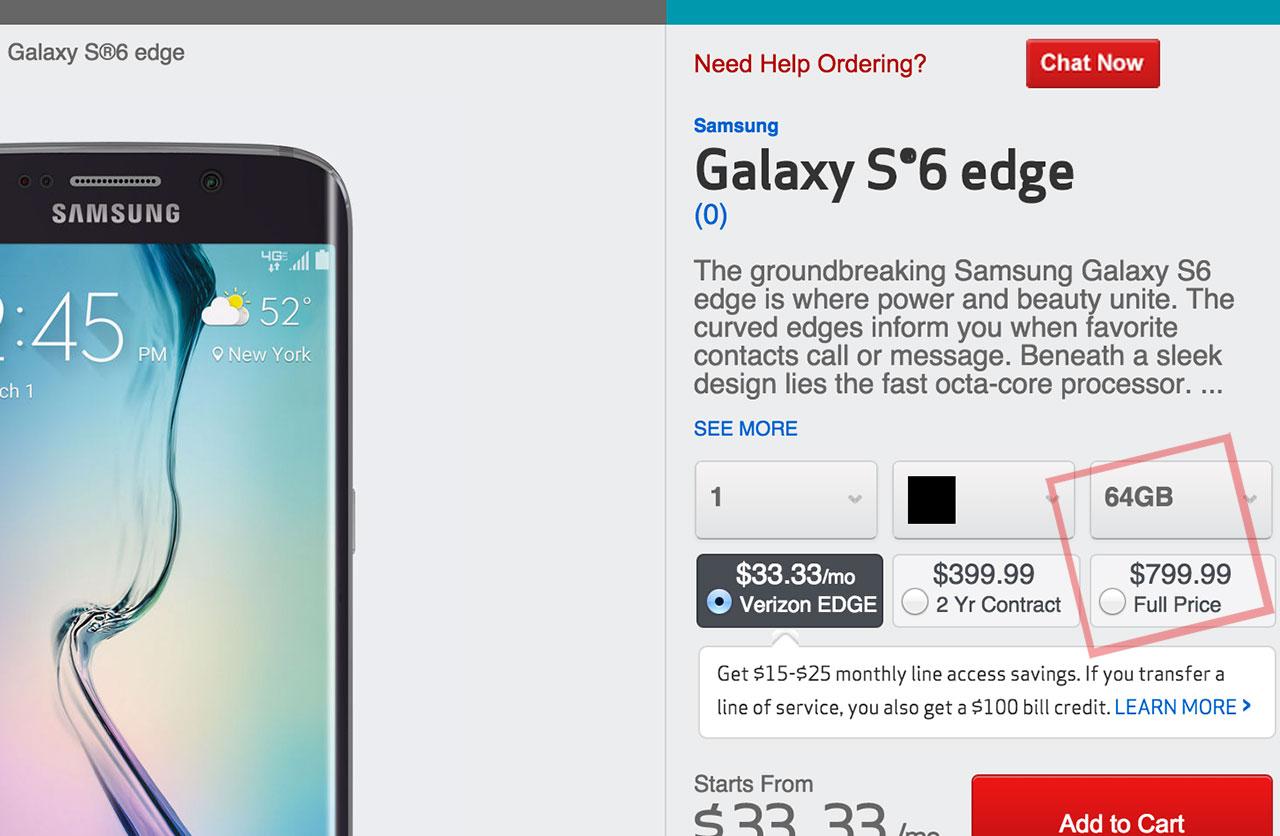 At this point, the Galaxy S6 Edge costs more to build than either the iPhone 6 or iPhone 6 Plus and can be purchased for less than its equivalent iPhone 6 Plus. Meanwhile the iPhone 6 costs less to make and will cost the consumer less to buy on the market off-contract.