HoloLens‘ biggest hurdle could be fixed with cheap LEDs rather than expensive transparent displays, one research team suggests, tricking the eye and cutting VR nausea at the same time. The augmented reality headset has been widely lauded since Microsoft made the surprise announcement in early 2015, but those who have been able to try it have generally had one key criticism: the field of view is just too small.

That’s a big problem, especially because of how Microsoft is pitching HoloLens in its eye-catching demonstrations.

To give the feel of what living in an augmented reality world – where digital graphics are overlaid on, and coexist with, objects in the real world around the wearer – might be like, Microsoft’s demos use a specially-outfitted camera that mixes digital and real together.

The experience actually wearing HoloLens, however, is somewhat different. The transparent displays inside the developer version of the headset we’ve seen so far only cover a small portion of the user’s sight through the visor, which works out to clipping of digital objects if they’re too large or slightly off-center. 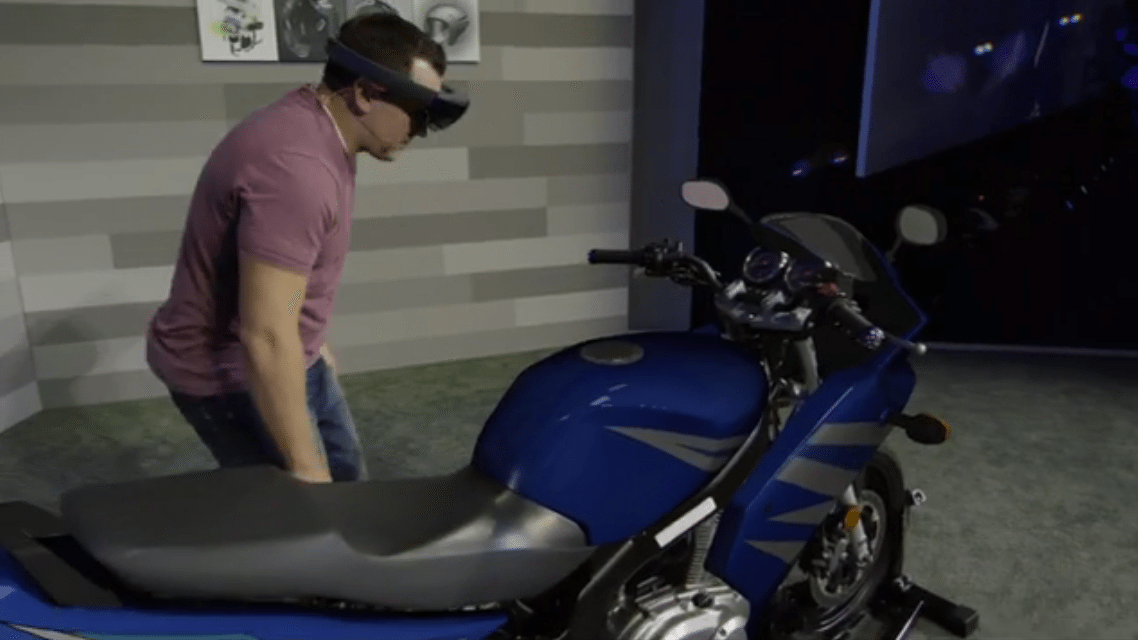 One obvious solution would be bigger displays, but that’s both technically difficult and, even if feasible for manufacturing, would push HoloLens even higher in price. Considering the developer kit currently sets you back around $3k, it would move the technology even further out of the reach of the mainstream.

An alternative, however, could be far more affordable and easier to implement, taking advantage of how the eyes’ peripheral vision works.

Handiwork of Robert Xiao and Hrvoje Benko, the latter of Microsoft Research, the proposed system uses so-called sparse peripheral displays. These are effectively low-resolution grids of LEDs, which surround a more traditional high-resolution display: since the human eye has very detailed vision when looking straight ahead, but far less detailed peripheral vision, the much lower resolution around the edges is still sufficient to make the virtual experience feel more immersive.

The researchers prepared two prototypes, SparesLightVR and SparseLightAR, as proof-of-concept for a paper presented at ACM CHI 2016. With the former device, their testing suggested a 190-degree horizontal field of view, close to the roughly 200-degrees of human vision. 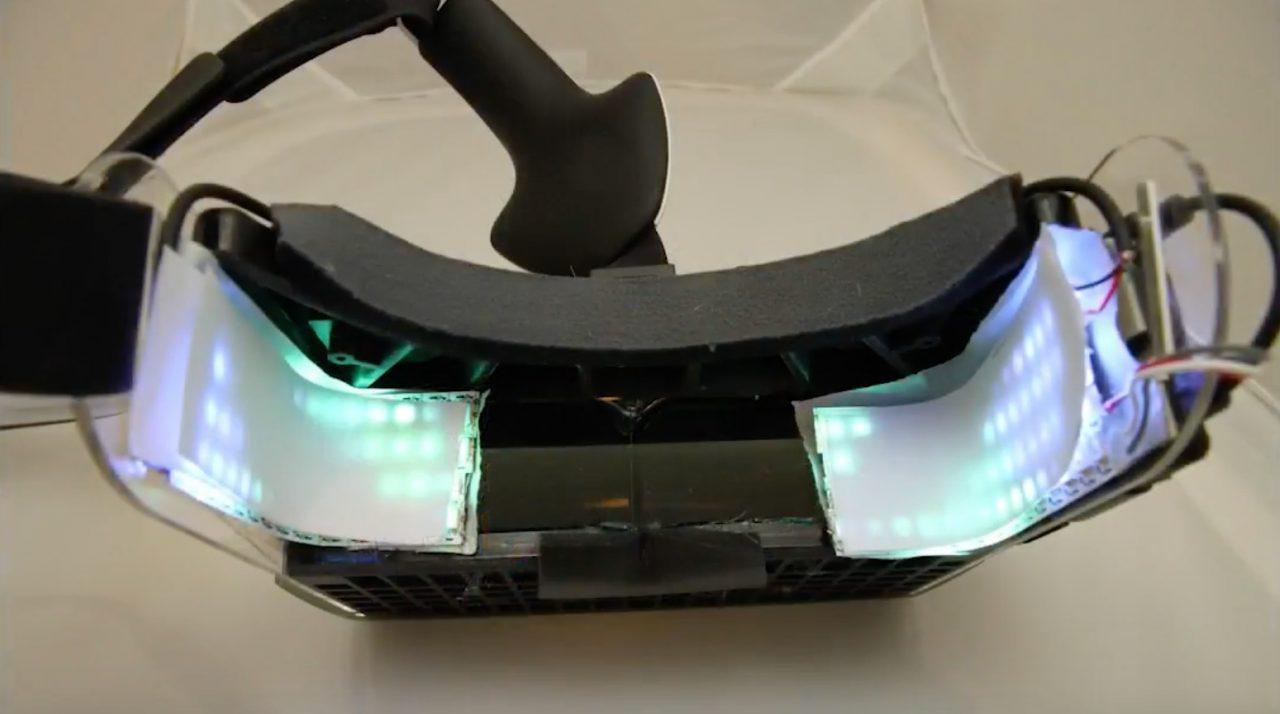 “Our findings show that sparse peripheral displays are useful in conveying peripheral information and improving situational awareness, are generally preferred, and can help reduce motion sickness in nausea-susceptible people,” the duo concludes.

That could end up a sizable advantage for both virtual and augmented reality devices, increasing the sensation of actually being inside a virtual world, while simultaneously cutting the physical discomfort that puts some off VR from their very first experience.

Whether we’ll see Microsoft – or another headset maker – adopt something like these sparse peripheral arrays remains to be seen, but anything that helps bring VR and AR costs down without sacrificing how believable the experience is will likely get attention in a segment predicted to grow significantly over the next few years.