I know a guy that rides bikes with a club in my hometown that has an aluminum bike he paid over a grand for. He thinks the thing is really light, but it’s a tank compared to the sweet carbon fiber bicycle that has been unveiled by Fairwheel Bikes in Arizona. The awesome bike weighs in at only six pounds making it the world’s lightest road bike.

The bikes that are made for racers like Lance Armstrong weigh in at less than 15 pounds. The downside to the awesome exposed carbon fiber frame and the lightweight hardware is the cost. The bike sells for $45,000.

The bike has front and rear brakes, 10-speed rear gears and a two-gear chainset. The wheels on the bike are AX Lightness carbon fiber rims with titanium spokes. You can’t actually buy the bike yet, but the maker has already logged 20,000 miles on the lightweight racer. That is a lot of bike riding. 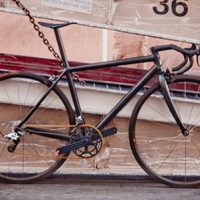 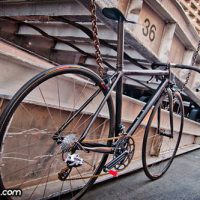 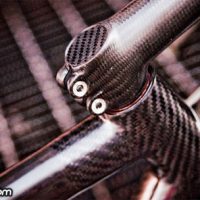