This afternoon, Apple announced many firsts and bests, one of the simplest being “1 Billion Active Installed Base”. This number represents what Apple has recorded as “iPhone, iPad, Mac, iPod touch, Apple TV, and Apple Watch devices that have been engaged with [Apple] services within the past 90 days”. That’s one whole heck of a lot of devices. It doesn’t account for devices that’ve been active offline exclusively, and it doesn’t count how many Apple devices have been sold to date.

This number includes devices like the iPod touch and the iPad Air. The iPhone 6s, the iPhone 6, and the iPhone 5 and 5s. The MacBook, the MacBook Air, and the MacBook Pro are included in this number – though only those that’ve connected in the past 90 days with Apple services specifically.

Apple also makes clear that this includes brand new products like the iPad Pro and the 4th-generation Apple TV as well, both devices having been released this quarter.

The Apple Watch appears to be selling well, too – unsurprising now that the device is sold in “over 12,000 locations” worldwide. Analyst Horace Dediu of Asymco estimates that the Apple Watch had unit sales at around 5.5-million in Q4 2015, while he estimates 12.4-million units of the Apple Watch sold to date. 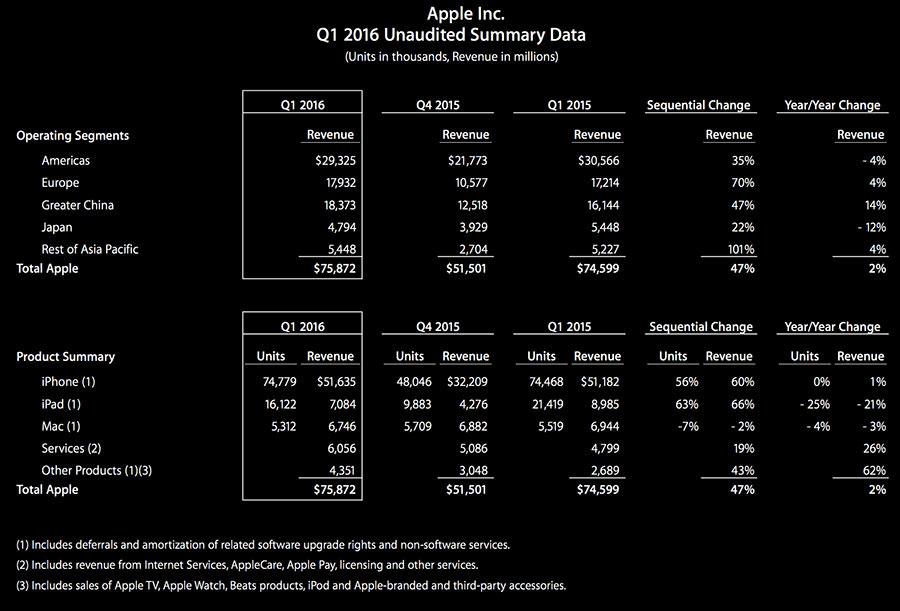 Of course that’s nothing compared to the iPhone, which has sold 74.8 million units this quarter. Compared to this same quarter last year, that’s the slowest growth since the iPhone was first launched.

As of July of 2015, Facebook suggested that they had 1.31-billion mobile monthly active users (within a 30 day period).

Back in June of 2014, Google suggested that Android had 1-billion active users (within a 30 day period).

Is the idea that Google won the race to 1-billion with Android more important than Apple reaching that place with devices they manufacture and sell themselves?