Apple has just hit a milestone that will likely be touted at its upcoming WWDC developer conference in June. Their iTunes App Store has just crossed the threshold sometime last night of 500,000 iOS apps approved. The event is being unofficially celebrated with various infographics being passed around to mark the achievement.

Apple’s 500,000 iOS app mark was achieved after 34 months from the opening of the App Store. Back in January, they had reached another milestone of 10 billion apps downloaded. Rival Google’s Android Marketplace has over 294,000 apps with 3 billion app downloads to date.

Some segments of the infographics have been included below. For the full poster, you can visit 500K Apps banner on its Facebook page. 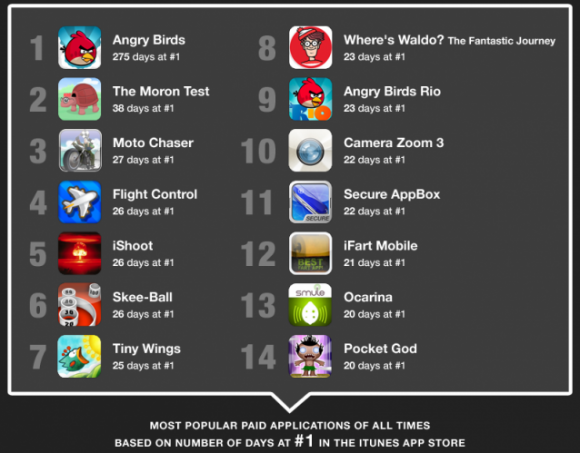 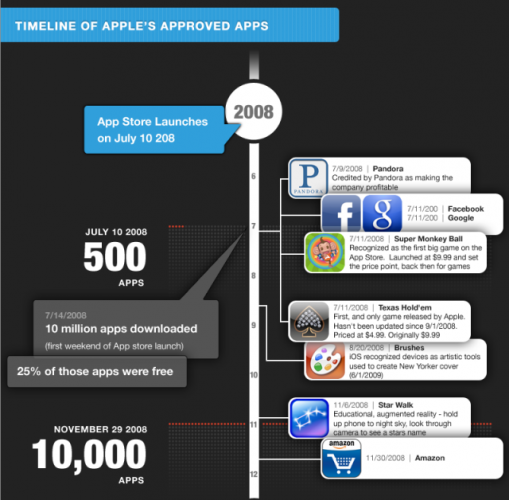 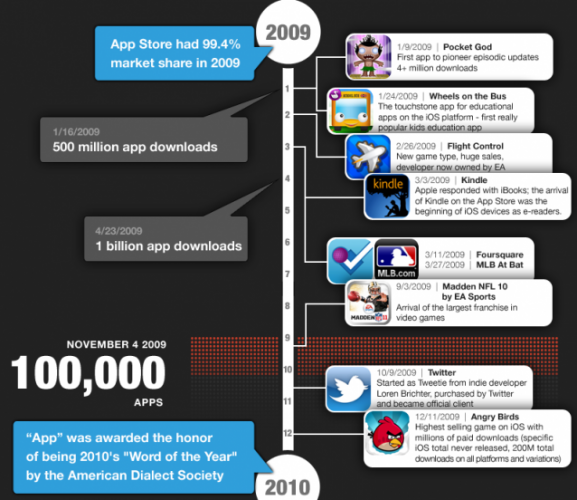 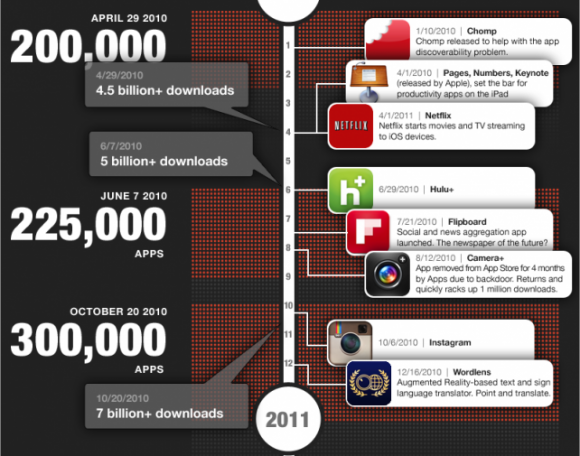 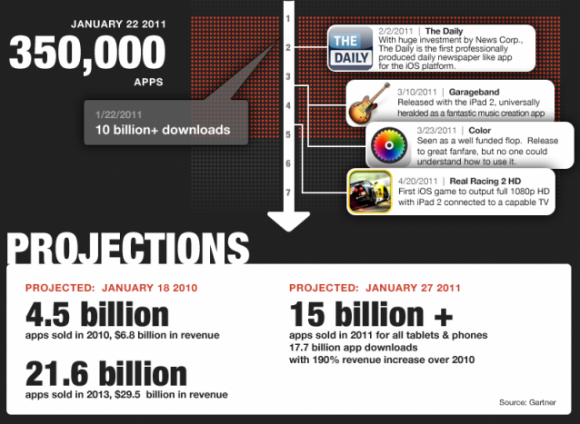