Controlling Microsoft’s Andromeda folding tablet could hinge on this

Ongoing rumors of a folding Microsoft device, codenamed Andromeda, continue to gain pace, with a newly-revealed patent application outlining just what you could do with a hinge in the middle of your screen. A descendent of Microsoft’s original Courier concept, Andromeda is believed to be a connected folding tablet that would straddle the definitions of phone and slate.

With the abandonment of Microsoft’s phone strategy and the slide of Lumia devices into irrelevance, it’s unsurprising therefore that many have seized on Andromeda as representing the company’s next big opportunity to capture market share in mobile. Microsoft, for its part, hasn’t confirmed the device is in development. However, a series of leaks and patent applications certainly suggest that’s the case.

With this new patent application, “Input Based On Interactions With A Physical Hinge” spotted by Steven Lack, Microsoft describes a situation where a folding device is about more than just making something compact. Submitted in October 2016, but only published today, the document describes how manipulation of the hinge could be used as an alternative method of interacting with its OS. That’s beyond just tapping and swiping on a traditional touchscreen. 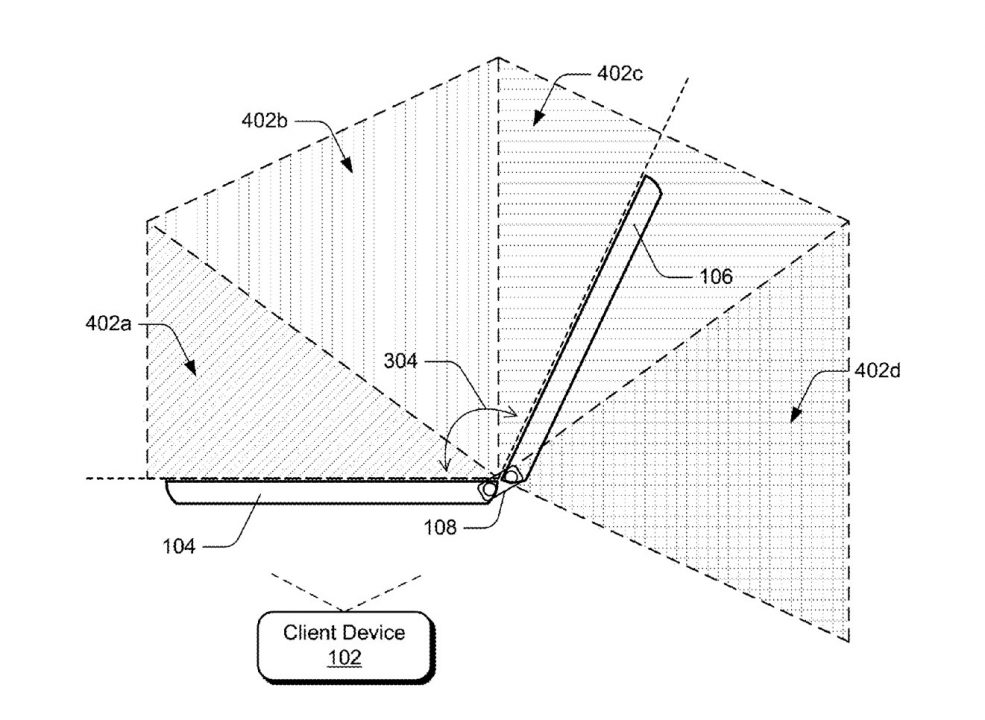 For example, tilting one panel up by a certain degree could be used to trigger a contextual menu. In Microsoft’s illustration, that could enter a multitasking mode: minimizing what had been a full-screen app occupying both panels into a single panel, and having the remaining space taken up by a second app. However, there’s more than just fold angle to content with.

Multiple actions – such as several hinge angle changes – could map to a different command, Microsoft suggests. Fold velocity could also be taken into account. A slower fold might trigger multitasking, for instance, while a faster one could load a contextual menu for the app on-screen at the time. 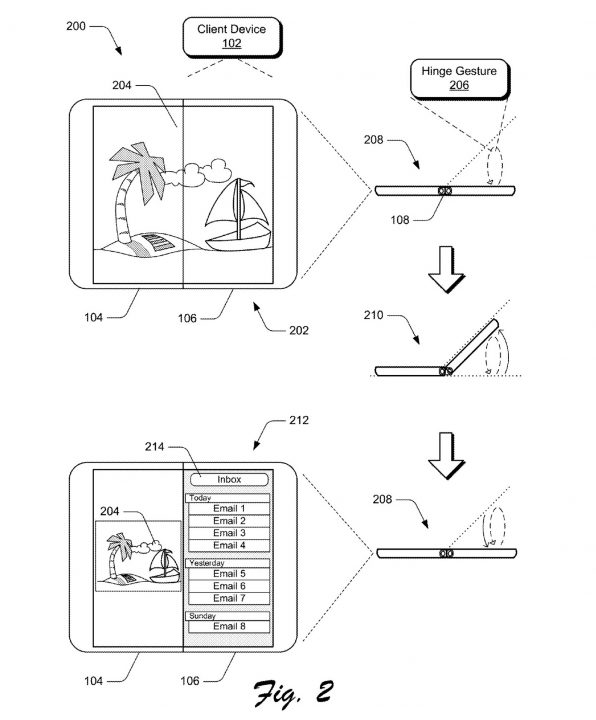 Different hinge gestures could also take into account the orientation of the device, Microsoft suggests. For a folding tablet like Andromeda, that could mean different things depending on whether it was collapsed as a “book”, laid out flat on a table, or opened like a mini-laptop. 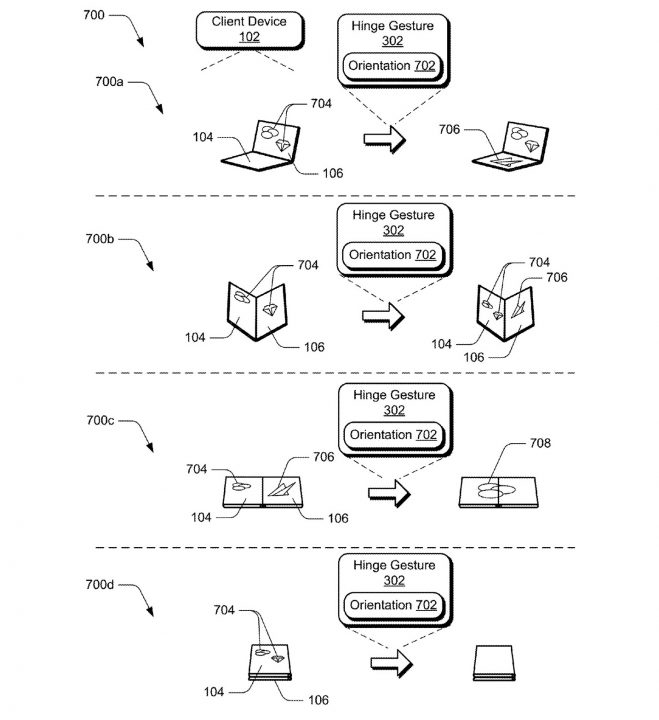 Finally, some consideration to where the user’s fingers are could be included, too. Finger contact on the back of the device, the opposite side to the touchscreen, could be used to control what’s happening on the display without occluding it, for example. Alternatively, a series of “chorded” finger contact points, combined with a hinge-flex gesture, might pave the way to more complex interactions. 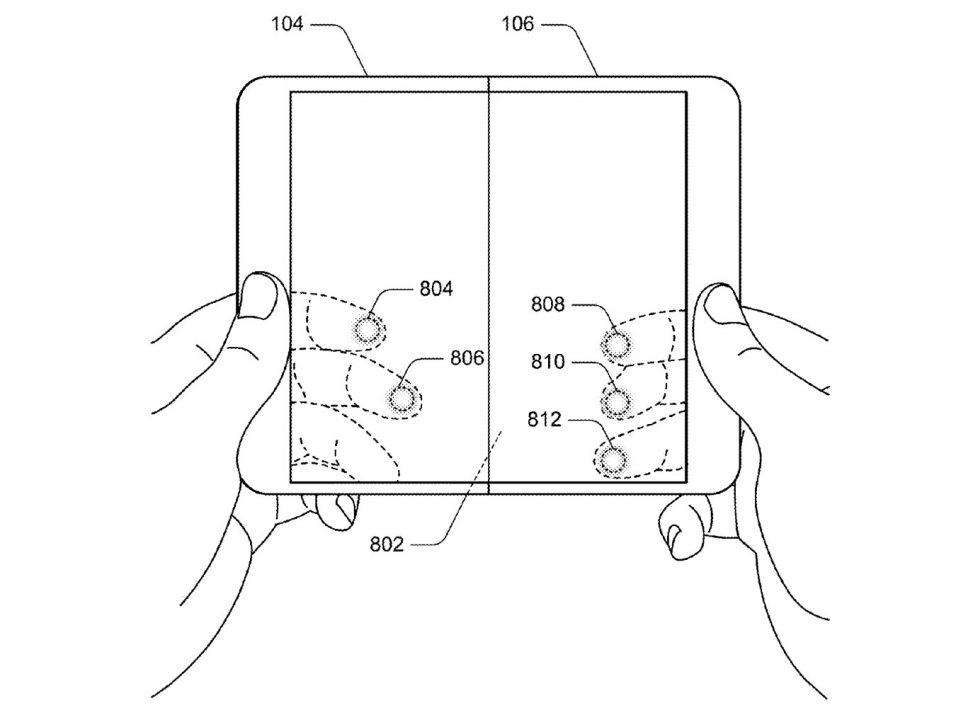 Of course, as with any patent application, it’s always important to remember that there’s no guarantee that it’ll translate to a commercial product. All companies patent ideas and technologies that they may not go on to use. It’s the main reason why patent prognostics isn’t an exact science.

All the same, given the long-standing chatter about Microsoft Andromeda, it’s not hard to imagine the company using something along these lines as a way to maximize the benefit of a folding form-factor. That’s particularly true if you’re working with a device that could need two hands with which to hold it at times.