Porsche has added a new SUV variant to its lineup, with the 2020 Cayenne Coupe taking the full-sized model and giving it a rakish new roofline. Building on the third-generation Cayenne, the new Cayenne Coupe will not only feature a more aggressive design but come with more performance and luxury kit as standard.

The biggest change, of course, is the roof. There’s a significantly steeper roofline that tapers to the rear of the SUV, paired with a standard roof spoiler. At the front, meanwhile, the windshield and the A-pillar are both angled more shallowly than on the regular Cayenne. The roof edge is around 0.78-inches lower.

At the back, there are redesigned rear doors and rear quarter panels. They give the Cayenne Coupe broader shoulders. The license plate bracket has now been shifted to the bumper, lowering the SUV visually. 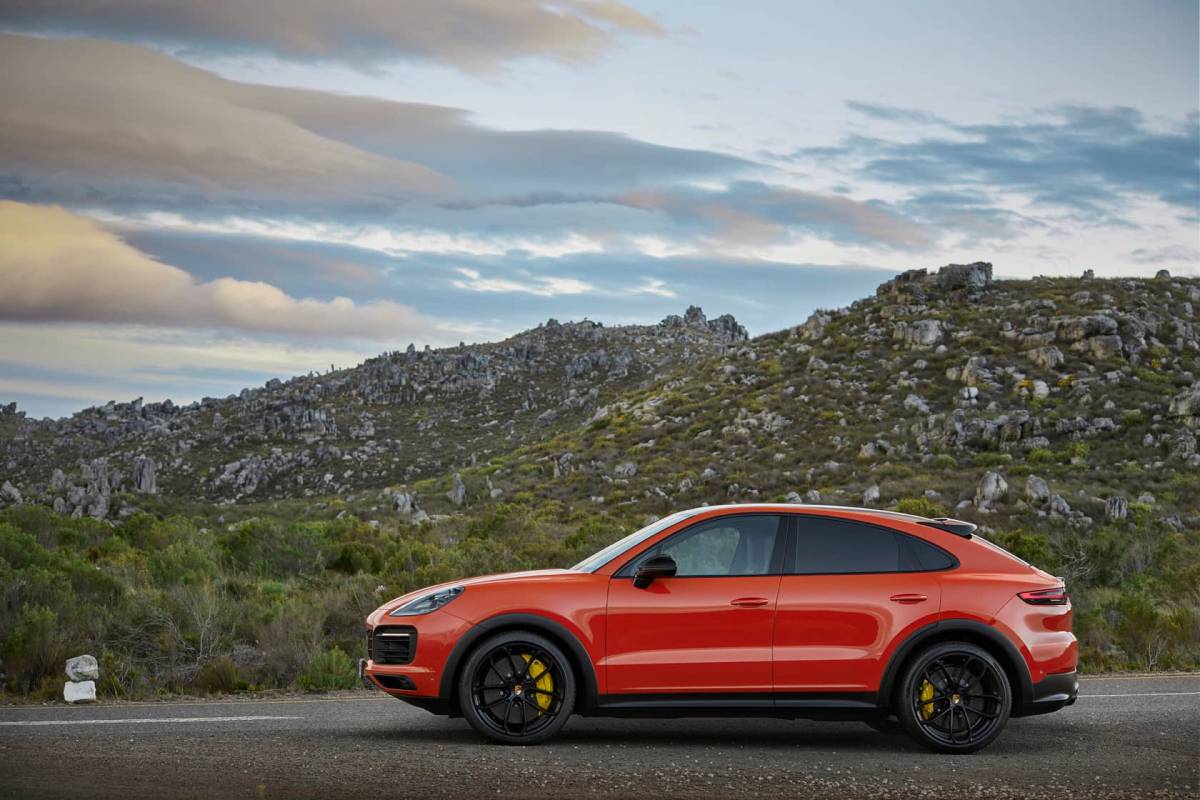 As well as the fixed roof spoiler, the 2020 Cayenne Coupe will also have an adaptive rear spoiler. That can extend by up to 5.3 inches, when the car is driving at speeds of over 56 mph. 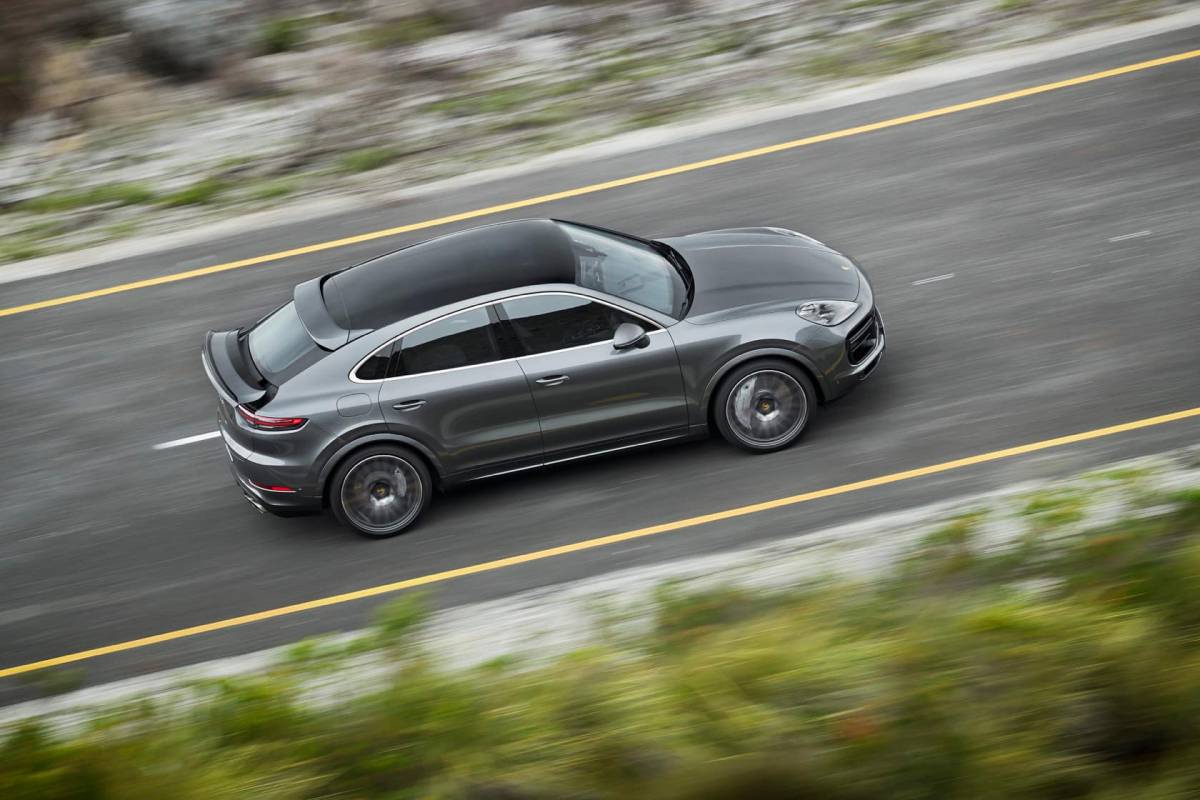 As standard, Porsche gives the new SUV a fixed panoramic glass roof. That has an integrated sunshade. However there’ll also be an optional carbon fiber roof, offered for the first time in the Cayenne line-up; that will be included in three lightweight sports packages. Other additions will be new, lighter 22-inch GT Design wheels, fabric seat centers in Pepita, and a range of carbon fiber and Alcantara cabin trim details. The Cayenne Turbo Coupe with the Sport Design package will also get a sport exhaust. 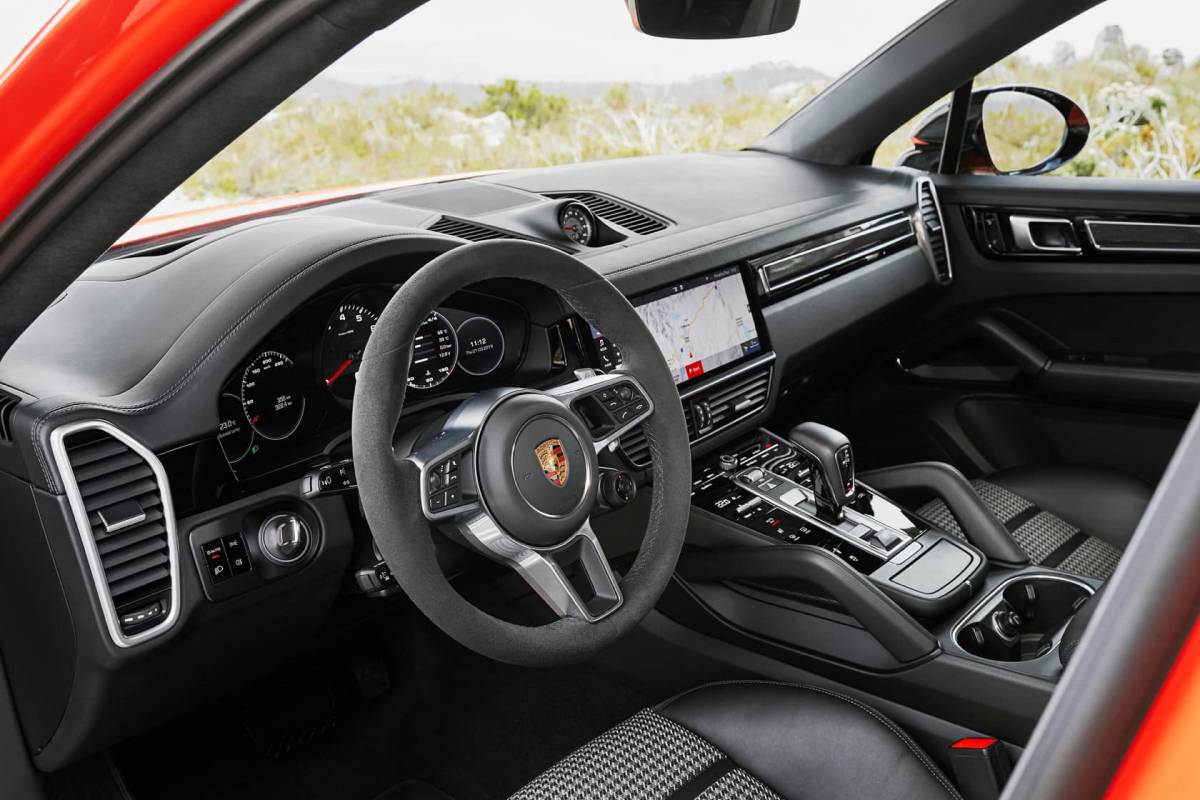 Even without the upgrades, the Cayenne Coupe will get a higher level of standard equipment than the entry-level Cayenne. That’ll include 20-inch wheels and the Porsche Active Suspension Management (PASM) system, along with the Sport Chrono Package. Two engines will be offered.

The standard Cayenne Coupe drivetrain will have a 3.0-liter gas V6, with a single turbo. That’ll be good for 335 horsepower and 332 lb-ft of torque, enough to do 0-60 mph in 5.7 seconds. That time will be cut to 5.6 seconds if one of the optional lightweight sports packages is installed; either way, top speed is 151 mph.

Inside, eight-way Sport Seats are standard, while the Turbo gets 18-way Adaptive Sport Seats. Buyers can choose either a three-seat bench for the rear, or the comfort rear seats as a no-cost option. Either way, the rear seats are 1.18-inches lower than their counterparts in the Cayenne, so that headroom is still preserved despite the lowered roofline. 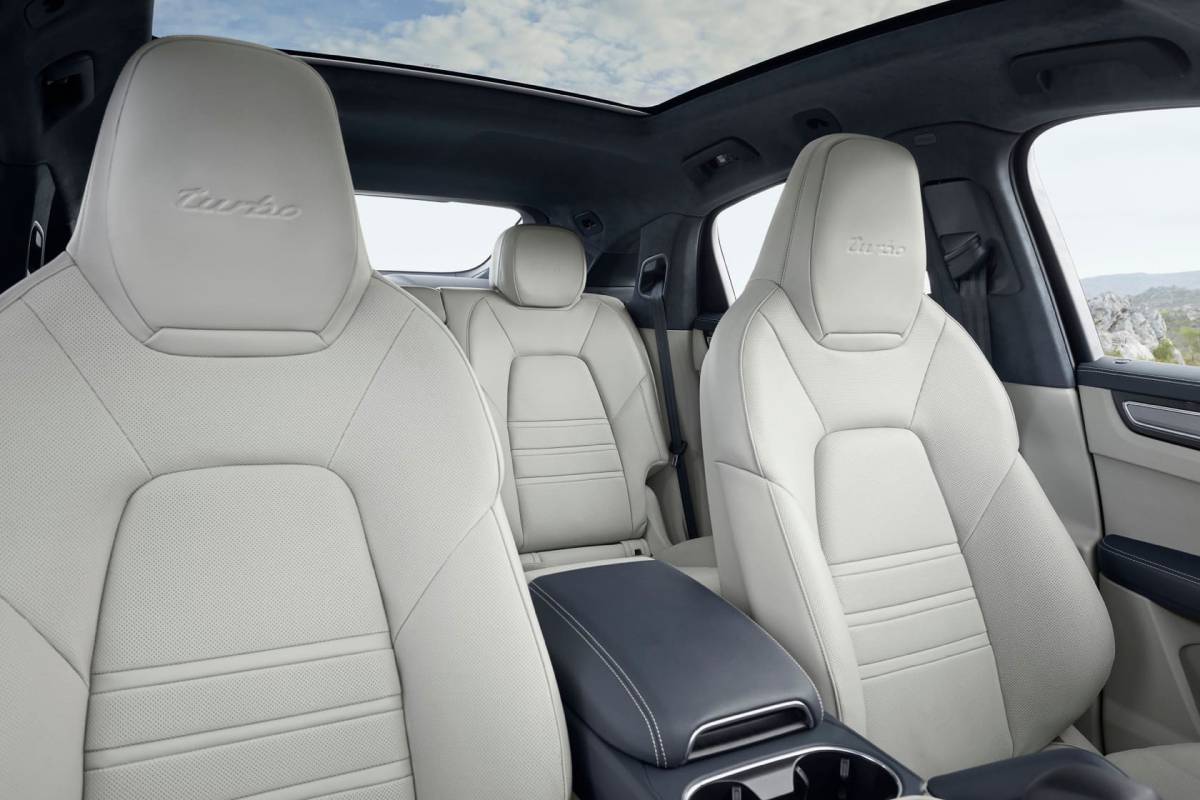 It’s an alluring market for Porsche to target, with luxury SUVs booming business right now. While some buyers undoubtedly look to utilities for their cargo- and people-hauling talents, others are more compelled by the aesthetic and the driving position. Though the third-generation Cayenne is, as we found when we drove it back in December, more agile and nimble than its predecessors, an even more aggressive model is likely to go down well with Porsche fans. 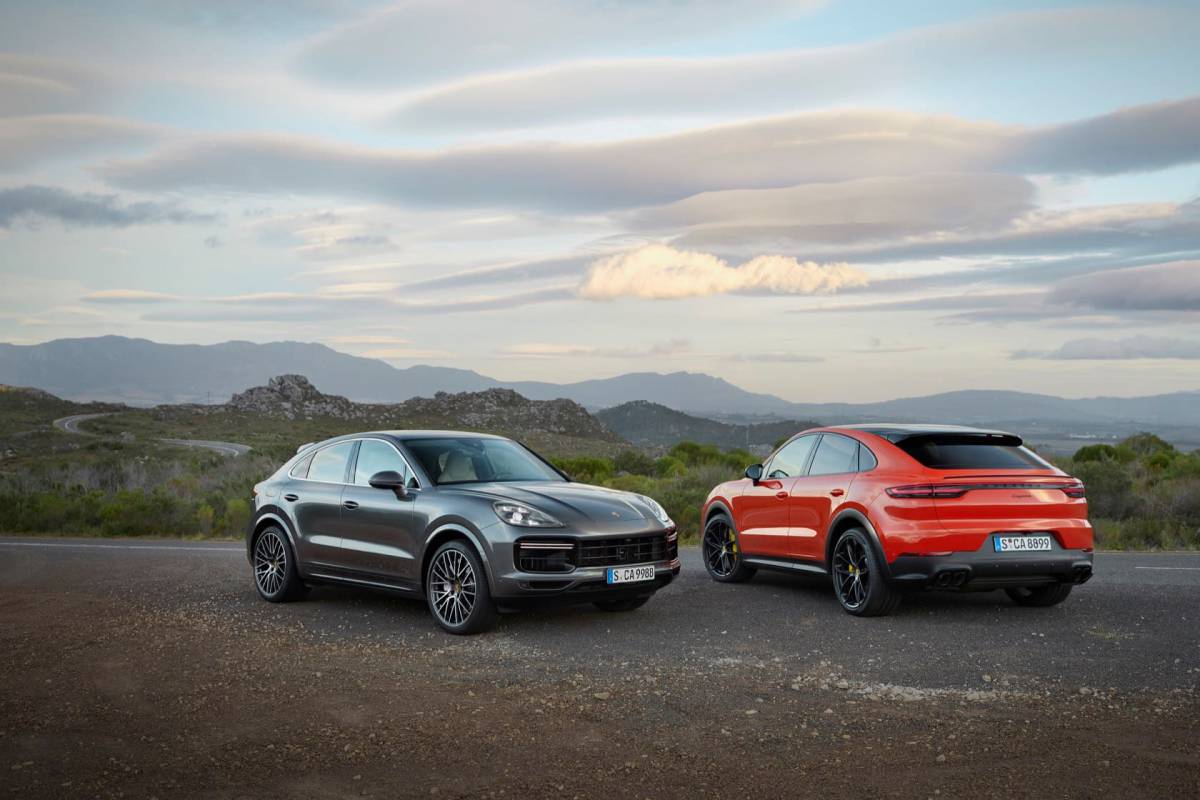