Kia isn’t short on promises for the 2017 Sportage. Billed as being more capacious than its predecessor, more powerful, better equipped, and with a more refined interior, the compact CUV also debuts a new infotainment system and a bevy of driver-assist aids.

Three trim levels, and two engines will be on offer. The entry-level powerplant is a 2.4-liter naturally-aspirated 4-cylinder, with 181 HP and 175 lb-ft of torque, but the more interesting 2.0-liter turbo comes on the SX Turbo trim and musters 241 HP and 260 lb-ft. 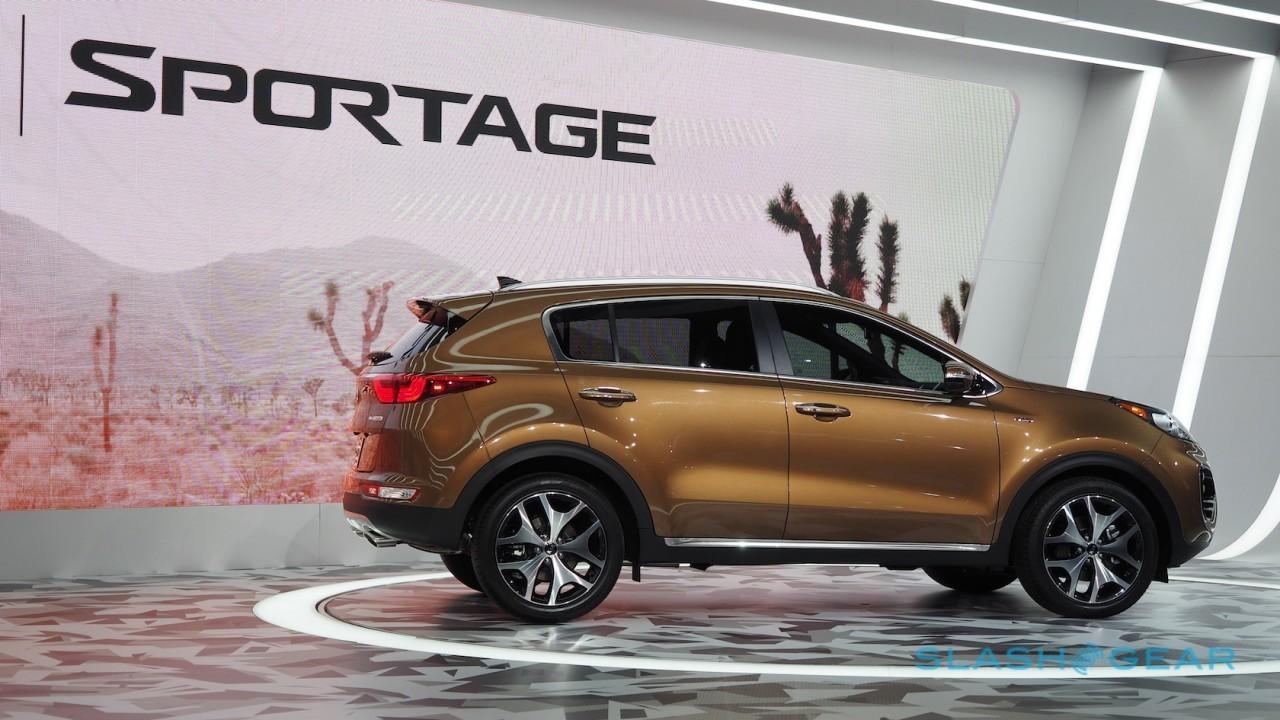 Either can be had with front-wheel or all-wheel drive – the latter with a 50/50 locking center diff – and both get a six-speed transmission. The suspension bushes are stiffer than in the outgoing car, and the wheels have greater travel; as for the brakes, Kia is quoting a 12-percent improvement in stopping distance.

Fuel economy figures haven’t been shared at this stage, but what we do know is that the 2017 Sportage won’t be short on tech. In addition to autonomous emergency braking with pedestrian detection, there’ll be rear crash alerts, a standard backup camera across all three trims, and blind-spot warning. 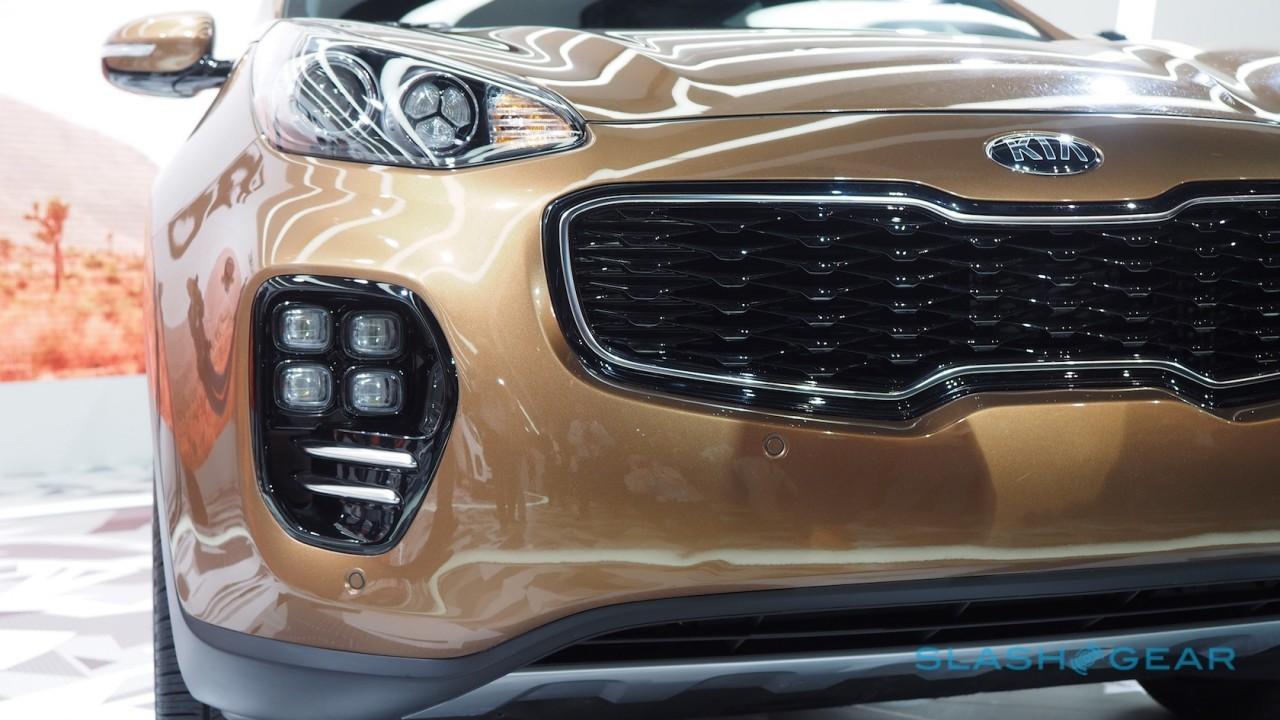 An auto-lift rear hatch will be an option, as will lane-change assist. For the fun-stuff, Kia will fit a 5-inch touchscreen on the LX, but the EX and above get the 7-inch UVO3, which debuts on the Sportage. 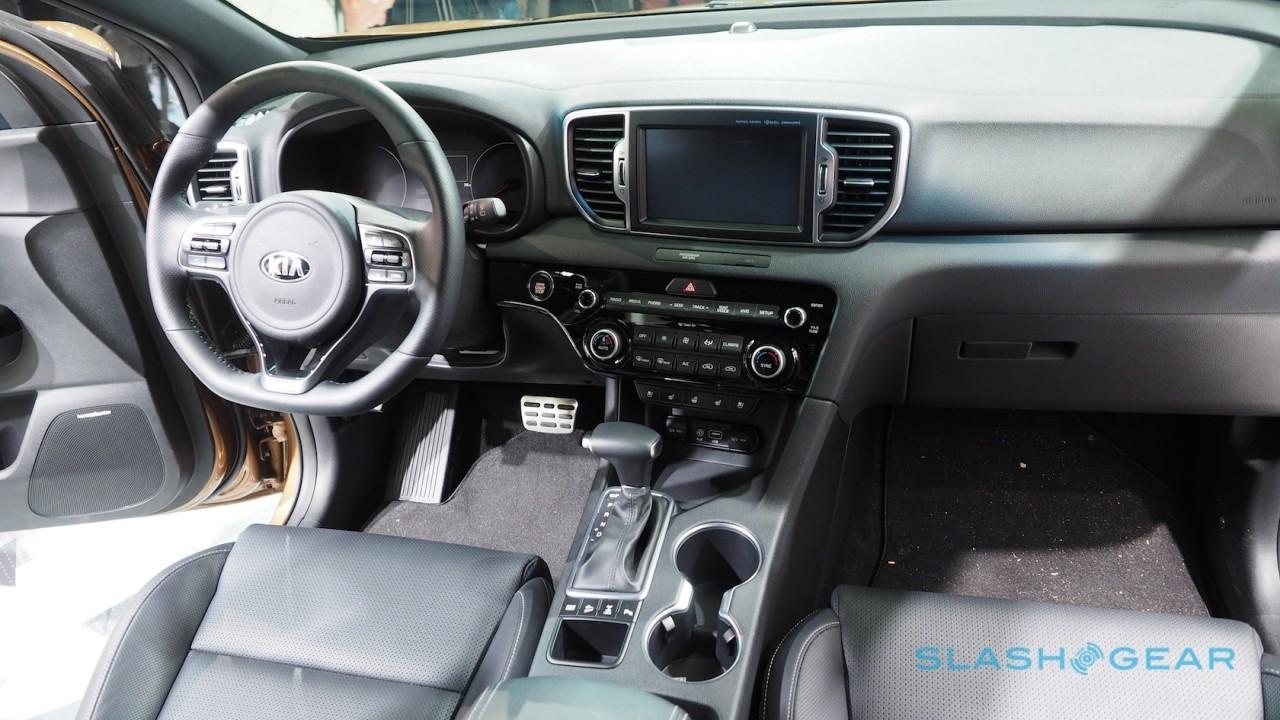 That has Android Auto and CarPlay support – though through an update later on in the year – along with 8GB of music storage, WiFi tethering, and fourteen telematics apps including geofencing. The standard audio system is a 160W, six-speaker system, but a 320W Harmon Kardon system with eight speakers, a subwoofer, and Clari-Fi processing is an option. 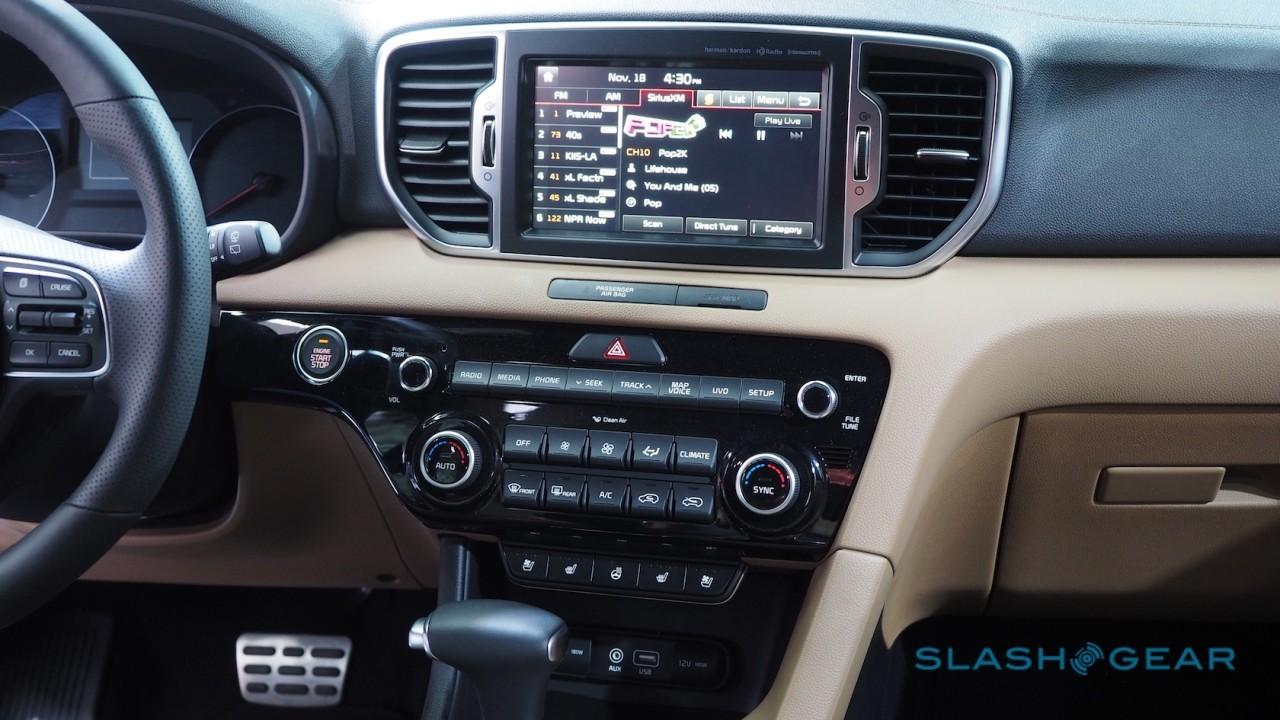 On the outside, there’s Kia’s big, distinctive grille, and wheels ranging from 17- to 19-inches. Inside, trunk space is up – from 26.1 cu.-ft. to 30.7 cu.-ft. – and the lower trunk lip is lower. Headroom and legroom front and rear have increased, and Kia now offers a 10-way power adjustable driver’s seat.

The 2017 Kia Sportage will go on sale in the new year, with pricing to be announced closer to release.